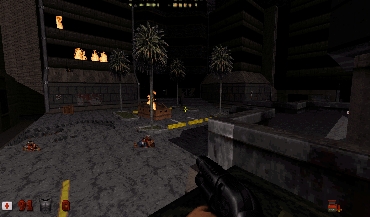 What a surprise!
After 23 years the author suddenly appeared on the Duke Nukem 3D stage again with a brand new map.
His mapping skills has improven quite significantly too...
The map is set around a city at night.
Take a gander! 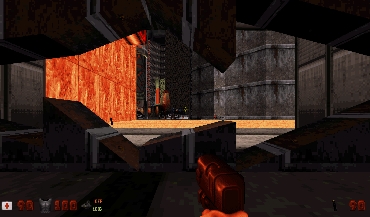 Not far between releases from our map churner Aymeric these days!
Red Light Rumble is set around....you've guessed it; the red light district. The author have gathered some inspiration from the original levels; Red Light District and L.A. Rumble but the map is far from looking like the originals.
The same goes for gameplay.....prepare yourself for some ugly looking pimps around! 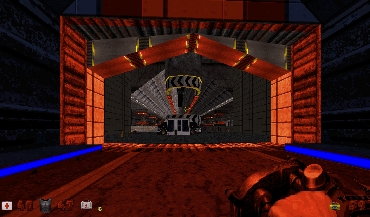 Aymeric is also into what we could call; speed mapping.
This map is built in six days.
The level is loosely built upon the original map "Freeway" by Allen Blum.
Prepare yourself for one he.. of a ride down the freeway! 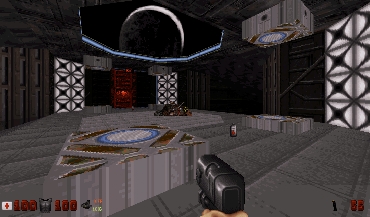 Wow, what a challenge!

The map churner, Sanek, is back with a map set up for hard battles - battles with battlelords it is.
Will you ever survive? 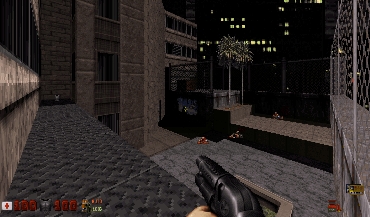 After 22 years the author suddenly appears with a brand new DN3D level for our amusement.
The map is set around a flooded city block and some underwater / cave environment.
Go check it out! 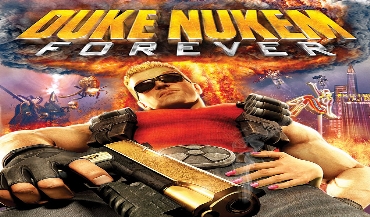 So, you didn't like the DNF game that was released after 12 years in development?

Now you're able to play what wasn't released.
A build of the 2001 demo seems to be leaked to the public.
A Twitter account has all info about how to download, install and play this leaked demo.
Thanks to Aleks for bringing this story to us!

The Conundrum
by Alex Pistol 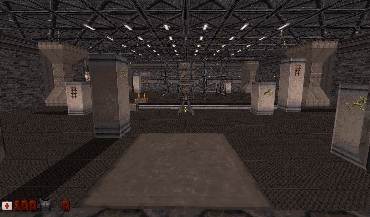 Alex is back again!
This time with a small 7-level episode for your amusement.

This episode ain't your everyday run & kill thing.....it's heavily focused on solving puzzles. Doesn't hurt if you're a skilled gamer either, since some of the gameplay is recognizeable by gamers. 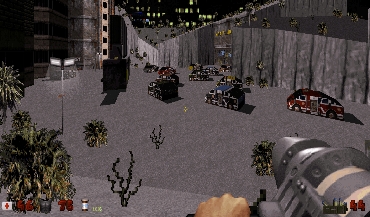 This map was released yesterday but it will be a good way of starting off 2022, I'd say.

A fast paced action adventure that the author spent only three days in making!
How many times will you die before passing this one....
The map is well worth some 20 minutes of your time.

Yet another year has passed by.
The activity in the community is low but stable. Quite a few releases this year is of a stunning quality!
My wishes for the new year is maps and even more maps. 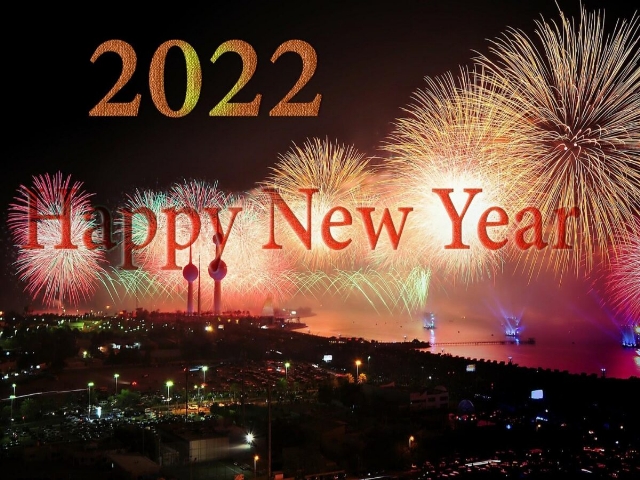 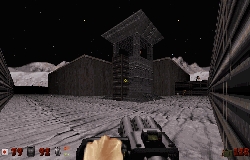 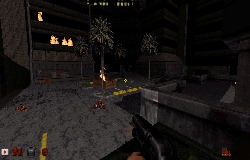