Duke, the Infiltrator
by Daniel Ewald

One more map and a review of yet an oldie today.

Daniel Ewald wasn't very well known author back in the days. He didn't release too many maps either and that's a pitty; He was talented. A few more maps and he might have been up there along with the big canons.
This map is set around a nuclear waste facility and there's plenty of action.
See for yourself.

The Dam
by Philip

Added a map and a review of yet an oldie today.

Clearly the authors first attempt at Build.
But the reason for the upload would be that the same author has a few other maps bunged to our server that is of a better quality.

Follow the authors improvement for yourself.
Have a look!

Added a map and a review of an oldie today.

The map is an industrial themed map brimmed with action and adventures.
It's quite a few enemies involved so a COOP play would have been fun.

Prepare yourself for roaming the factory and kick alien asses.
Also a lot of puzzles to be solved.
Enjoy! 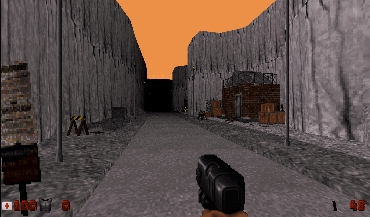 Just in time before Easter, DannyFromNewOrleans released an excellent map brimmed with action.

The map is sort of winter themed. Location is Whitehorne in snowbound Ontario, Canada.

Duke is on vacation but...you know....time to kick some ass !

Holy cow, that's a map to be reckonned with!
We're only in February but I think this is a strong cadidate for "map of the year". Just sayin'

Duke is a busy postman working his rounds on Christmas eve, delivering batches of last-minute presents to anonymous foreigners but really just dying to catch a break.

And you've probably guessed it already: It isn't Santa whos crying from the rooftops...

Bad Case of Mondays
by Thedutchjelle

This map was initially started back in 2009 but was put on hold. The author dusted off the map and finished it in 2016.

Duke is out for a drink when the alien scumbags ambushes him....and he is barely armed!
He seeks shelter in an office building with no other options than finding some weapons and maybe a secret tunnel out of there...!

Can he survive? Will he find the tunnel?

Yet another year has passed by.
The activity in the community is low but stable. Hence the few releases as of 2018.
But the ones that actually hit the shelves are quite good. Keep it coming in 2019, guys! 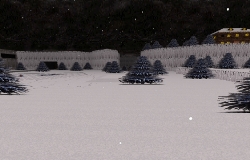