The aliens have taken over a moonbase and it's up to Duke to remove the invading enemy forces.

A medium sized base styled map with areas ranging from medium sized rooms to narrow corridors.
A good layout but the texturing is bland and shading is lacking. There are a couple of nice uses of architecture but over all it's an average looking map.

Game play is good. The aliens are strategically placed and the ammo-enemy-health ratio is on target. There are a few simple puzzles and some well laid out ambushes to keep the game interesting.
An average looking map with good game play. 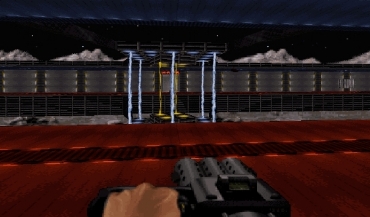 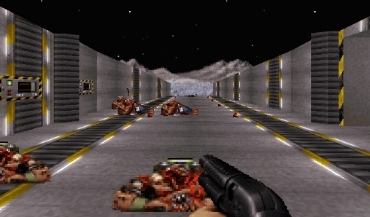 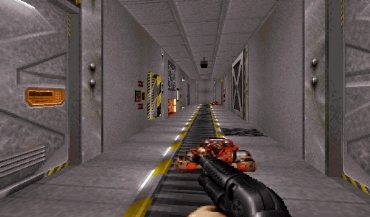 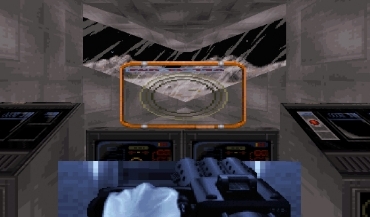 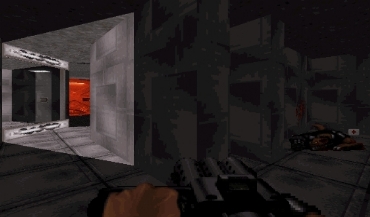