An enormous city map broken up into several major sections consisting of the initial downtown area, a shipping port, a park, a beach, a slum like residential area, a red light district, a municipal section with a hospital, and a few other minor sites.
Most of the structures are blocky and squared off with little to no trimming, but the various building elevations and extensive spritework help offset the perception that everything looks flat.
The indoor sections consist of the usual array of places found in such levels; like parking garages, apartments, restaurants, arcades, offices, and factories. The interior designs are overly cramped, plain, and very simple in their construction. Generally the outdoors look very good, but the indoor areas leave alot to be desired.
The entire map is a maze of interconnecting tunnels, corridors, vents, sewer lines, subway passages, walkways, and alleys. It's quite easy to get lost and just as easy to miss areas.

Game play is an exploration campaign.
Hidden somewhere in this vast city are three key cards that require a lot of time and patience to find. The maze like layout can be quite intimidating and just picking a direction and going does not work well. There are no real dead ends or branches; the level is one vast interlaced series of loops. Eventually you may just end up right back where you started from with little to show for it. The best method to go about it is to pick a major section and explore it as thoroughly as possible before moving on.
To exasperate the situation the player starts with no weapons and these necessary items are scattered randomly around the entire map like a drunken Santa read his list upside-down before delivering them. At the start there's a text clue that lets the player know where to find some supplies, but the map is so open it's quite easy to completely miss the building that's being referred to.
Each section is heavily populated by aliens, some more so than others, so not being able to locate a weapon rather quickly will lead to frustration, annoyance, and a rather unenjoyable experience.
I suggest saving before leaving the start building then running out to try to locate this stash.
Like the weapons, health and ammunition are sprinkled in small doses around the map. Without thorough and methodical exploring it's easy to find oneself without bullets and hitpoints.
If you take your time to check most of the nooks and crannies you should have yourself a healthy arsenal with a decent ammo supply and a good health count about 1/3 the way into it, but this requires a bit of persistence and perseverance to accomplish. 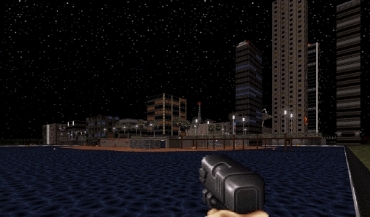 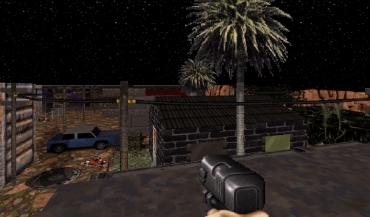 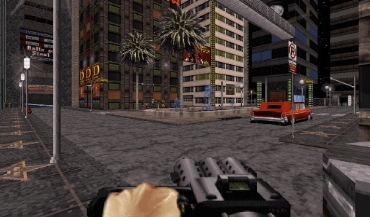 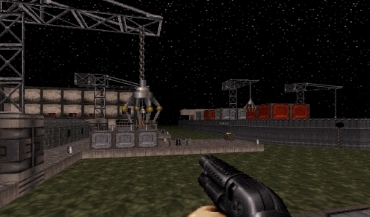 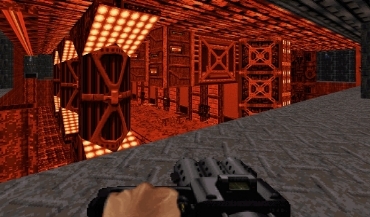 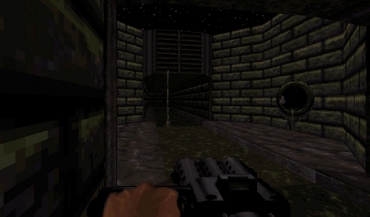