A small space station map.
It basically consists of a pedestrian platform connected to a transit station via a forked corridor.
Even though the map was thrown together in a few hours and the overall construction technique is fairly simplistic, it still manages to have enough minor and interesting details to pull off a pretty decent high tech atmosphere.

Game play is pretty much all about having shootouts with aliens.
Duke starts out under fire against a small group of weaklings, kills them, blast through a few more cronies, then engages in combat with a huge swarm of some pretty tough customers. Walking into this situation barely armed requires quick feet to get into the thick of things and gather some weapons and ammo.
The needed heavy artillery is readily available and there's plenty of health and ammo, but standing around contemplating the finer things in life isn't going to be the wisest choice.
After fighting off the raging hordes it's simply a matter of collecting some more ammo and picking off the big boss from afar to end the level.
A pretty fun little map if you have the five to ten minutes to spend on it. 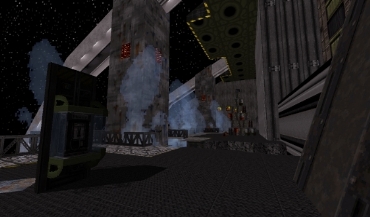 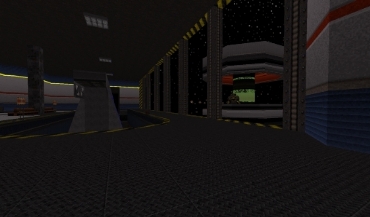 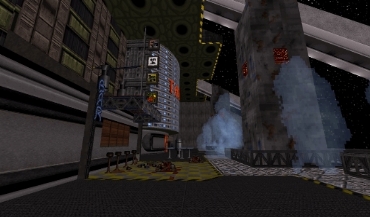 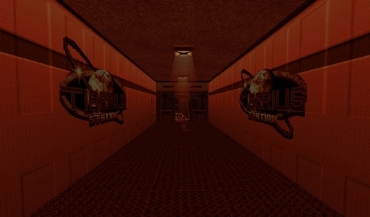 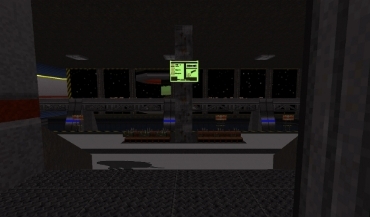