*Please note: this is an updated version of the map. Since some points of my original review don't apply anymore, I wrote a new one*

After a wild night (how the heck did that girl end up in his closet?), Duke tries to take a well-deserved nap, but of course there's no such thing as peace and quiet in Dukeworld. Soon, the sounds of explosions disturb the silence and an angry Duke grabs his weapons, ready to teach someone a few lessons about being a good neighbour.
Naturally, the city has been invaded once again and as soon as he leaves the house, he's welcomed by a whole bunch of trigger-happy pigcops.

A medium sized city level and Forges first release.
The outdoor scenery here is quite good, with a nice eye for detail and a convincing, ravaged look. The main steet area is complemented by some good looking unreachable scenery.
This updated version also allows for some more exploration, which is definately an improvement. However, I would have liked some more variation in the shapes of the buildings; most of them are just big squares. Indoor design is less consistent; some areas look very good, while others still have a bland and unpolished look to them, especially compared to Forges later releases. Design wise, the power station is easily the weakest part of the map. Luckily, the map picks up after that.
Gameplay can be moderately challenging, especially if you didn't save some RPG ammo for the final battle. Still, there's nothing an average player can't handle here.
The beginning might be a bit hard, with several pig cops sniping you from a distance. You better take cover before you're toast! The amount of health and ammo seemed to be just right, although I wouldn't mind finding some more RPG ammo. Also, the map throws some clever puzzles at you.
There's one puzzle here that can be screwed up, but only if you don't pay any attention to your surroundings. This puzzle used to malfunction, but thanks to the update it now works without a problem.
Like you'd expect from a Duke map, the player will be rewarded for exploring; keep your eyes open for secret areas.
The blander parts of the map hurt the gameplay a bit and make the map feel longer then it should be, but overall this is an enjoyable play and worth checking out.
Score: 84 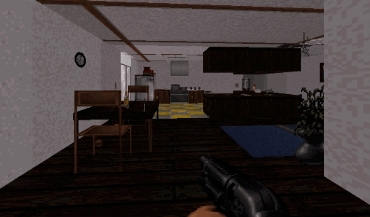 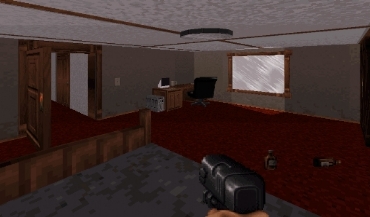 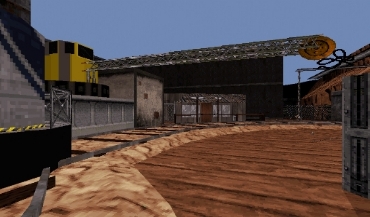 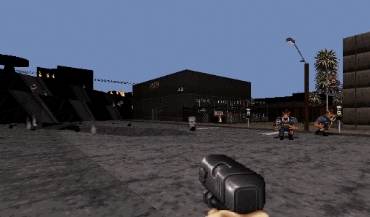 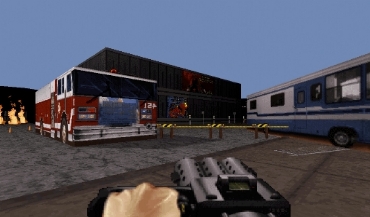 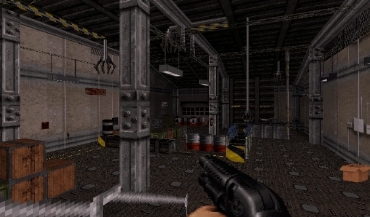