The aliens have taken over a space station and it's Duke's mission to exterminate the threat.

A large well laid out and nice looking map.
The author creates a nice ambiance through the use of lighting/shading, texturing, nice detail work, well placed sprite work, and good architecture. Areas range from air ducts to wide open corridors to medium sized rooms.
Although there is quite a bit of duct crawling the rest of the map is put together well and avoids the feeling of being cramped like a lot of base/corridor styled maps do.

Game play is fairly even throughout.
The aliens are well placed and those encountered are troopers, pig cops, and enforcers. There are also several slimers and sentry drones spread about as well as a commander (in a wide open long corridor making rocket dodging possible), and a couple of mini-battlelords.
The main weapons are the pistol, shotgun, machinegun, and pipe bomb. More powerful weapons can be found towards the end of the map which helps with the stronger enemies blocking your path to the finish.
Health kits are spread out from one end of the map to the other and actually there may be too much making surviving a little too easy.

The map is linear and based on find the keys to progress style of play.
There are a few uncomplicated puzzles to solve; finding a switch to turn off a force field, making sure you turn on a force field before you enter a room so you don't get sucked into space, and navigating the sliding barriers in the air ducts. 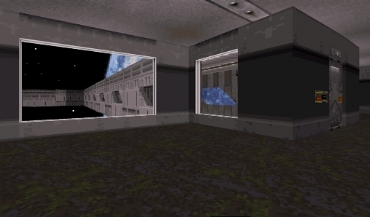 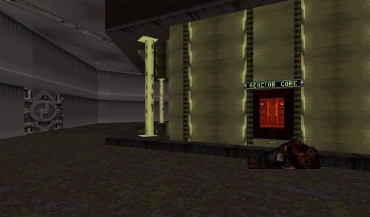 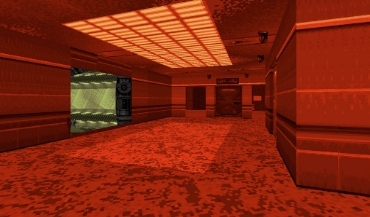 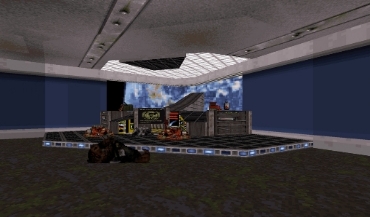 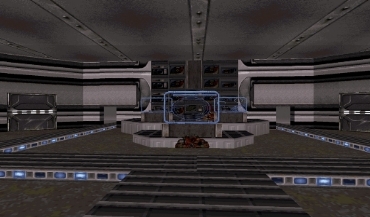 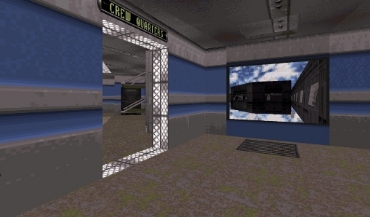