A small map with a simple layout and decent design.
Duke starts out in an alley minimally armed. This is the most difficult part of the map; surviving long enough to get a decent enough build up of an arsenal to survive fire fights.
Entering a movie theater foyer and progressing through air ducts to a bar, through a bathroom then to an apartment is the first portion of the map.
The areas are well shaded, texturing is fair, but most of the areas are only lightly detailed and there's not much architecture worth mentioning.
Finding the second key card, Duke needs to double back through all that to the alley and into the apartment building across the way.
In between Duke and the next key card are small groups of spawned aliens.
By now Duke is fairly well armed, but health is pretty tight, so it's a good fight to get there.
The apartment building is as detailed as the rest of the map. Finding the last key, more and tougher aliens spawn making for another battle with the raging horde to get back into the theater foyer and the last locked door.
Overall lots of fighting in a decent looking map. 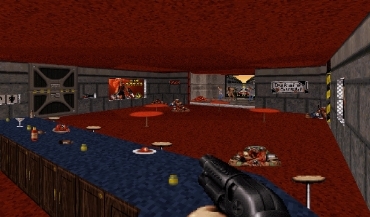 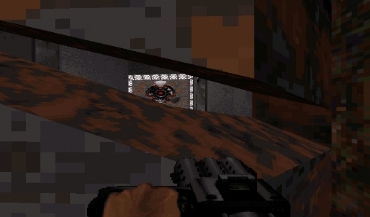 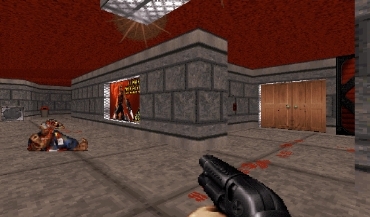 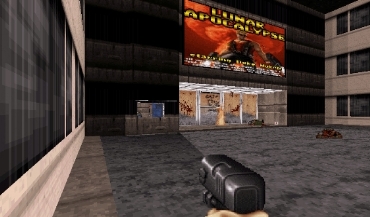 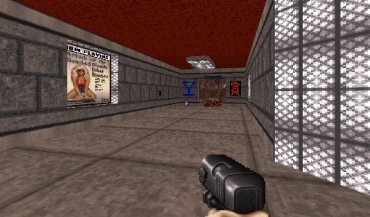 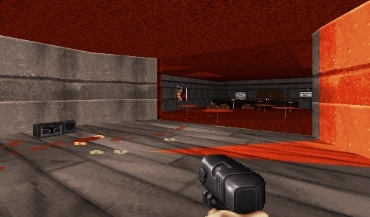