Duke is trapped in an ice base that has been over run by aliens. Duke, with some temporary help from a comrade who eventually meets his demise, must find a way to escape.

A large map with a great design and layout. Areas range from air ducts, small corridors, small to medium rooms, a large warehouse, and a large outdoor area.Sprite work, detailing, shading, and texturing are all very meticulously done. There's also some great architecture work that enhances the atmosphere too. An excellent looking map.

Game play can be difficult. There are a few occasions where commanders must be fought in tight quarters and at a certain trigger there's a huge spawn of multiple aliens ranging from troopers to a couple of mini-battlelords. Generally the aliens are well placed and of appropriate strength in relation to the weapons available in Duke's arsenal. Spawns are done appropriately and usually guard key areas. There's an appropriate amount of, and placement of, ammunition and health that keeps fire fights even.
The theme of the map is the key locked doors that is enhanced by the logical and well designed layout. Even with some of the lopsided battles in favor of the enemy, it's still an excellent play. 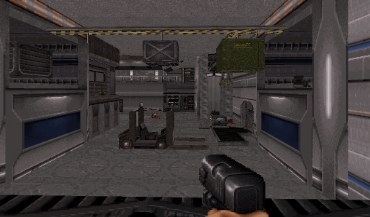 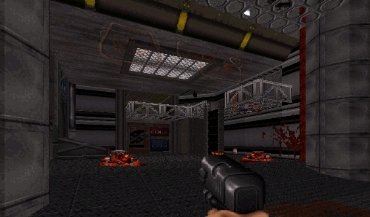 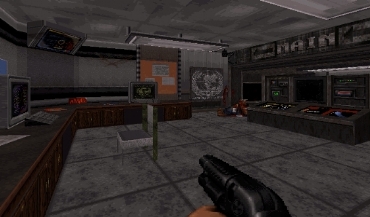 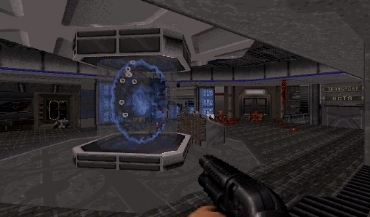 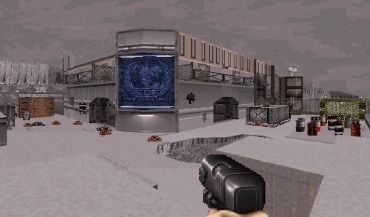 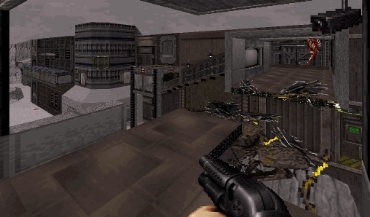