The Steam version of Duke Nukem 3D, "Megaton Edition", has shed a new light upon usermaps even since its "Workshop" has appeared just a little more than a week ago.
Not only tons of new players are downloading and playing DN3D usermaps, but new mappers are even starting to appear. Ancient Coffee Bean is one of those new mappers who just surprised the community with a high quality first release : ACB Studios.

This medium sized map takes place in a Television Studio, supports two difficulty settings (Let's Rock and Come Get Some, the later being recommended by the author) and 8 secrets are to be found.
While the "TV studio" theme has been seen from times to times in usermaps (the beginning of Roch 4 will come to everybody's mind), a whole map centered around it had never been seen before.
In other words, it succeeds in being fresh while being set in a classic-style DN3D location like we love them.

Design is slick, with just enough detailing, a really good choice of colours and textures as well as some interesting architecture elements to keep the eye busy.
As a whole, the word that comes to my mind to best describe this map's looks is "clean". The only negative aspect design-wise is a little crampedness in a few rooms, but it doesn't hinder gameplay too much.

In classic DN3D fashion, the layout is semi non-linear as you often have the choice between several paths to take to get to the next place, for instance by using vents. Especially the start of the map gives the player just enough freedom : enough to make it interesting without feeling overcome by the possibilities.
The map progresses with a classic 3 keycard hunt but Ancient Coffee Bean thought of using a couple of puzzles to break the monotony.
Ammo and health ratio is well thought-out throughout with a good sense of progression in terms of weapons. It is however recommended to look for secrets if you want to have fun with the shrinker, expander and freezer. Some good fights await you, including an uncommon and very smart use of Pigtanks : Duke is left on a parking lot while the pigtanks are left behind a fence, therefore the player is forced to shoot at them while taking cover instead of using the "Push the nuke button on their back" trick.
Pigtanks are generally under-used in usermaps and this "behind the fence" encounter is a very nice trick to their gameplay which I had never seen before.
The indoors fights also have their touch of originality, as some of the decor will explode if you bring some explosive into the fights.

In conclusion, with his very first release, Ancient Coffee Bean shows that he has understood everything that makes Duke Nukem 3D what it is.
With a classic-style yet somewhat fresh setting, a lot of secrets, a semi-unlinear layout, and even some little easter-eggs and bits of humour along the way, the map is sure not to disappoint any DN3D fan during 15 to 20 minutes.

The author even succeeded in surprising me on a couple of instances (the smart use of pigtanks and the exploding decor) and makes me hope he is only the first quality mapper of a post-Megaton generation who got reminded only now how awesome Duke Nukem 3D really is...
Future will tell if my hopes will be fulfilled, but as for now, make sure you don't miss on this little christmas present Santa Claus delivered before time. 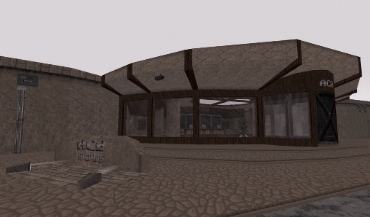 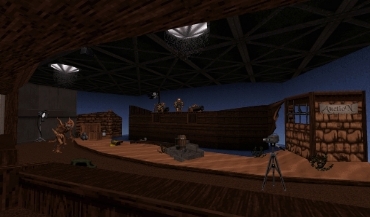 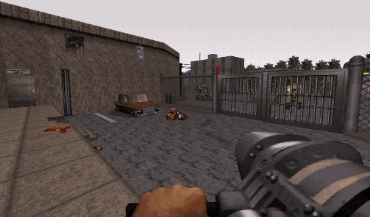 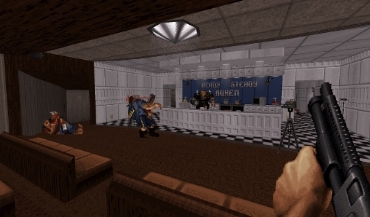 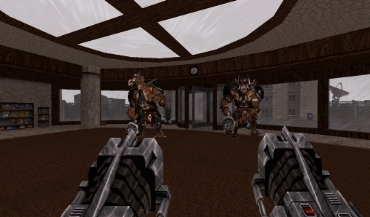 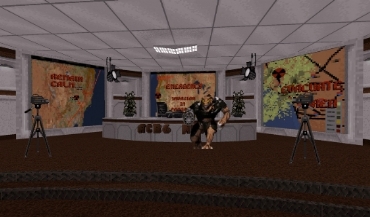