As its name suggests this is the sequel to Eddy's atmospheric, trippy first map The Dream.

However, this one feels quite different, more atmospheric but less immersive, in my opinion. Dark octabrains respawn everywhere, which is quite spooky at first yet eventually becomes a bit dull, turning the potential epicness of the battles into the equivalent of fighting liztroops in E1L1, even though the firefights themselves are very enjoyable.
The new art, sounds, effects... fit really well, and even though it was different from its (city-themed) prequel I personally really liked the countryish theme, and felt more stranded and on my own.
The tab key totally ruins the point of the dark corridors and limited flashlight batteries, since when I run out you can just switch to the map and follow the path, jumping around everywhere to avoid potential octabrains (since they are so slow), but it was still an interesting idea.

My favorite part was the 'Silent Mill' section at the end, sooo good and once again, inspiring.
Surprisingly enough I really liked the somewhat linear aspect of the progression, too - visiting so many different places, entering houses and going through corridors like that almost made me feel like I was playing some kind of first-person role playing game.

A great map, which leads me to wonder whether or not Eddy will end up making a third one. 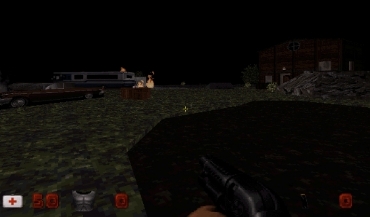 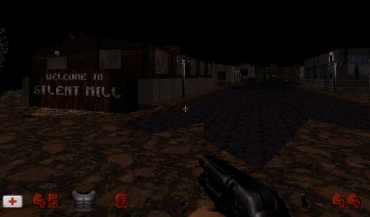 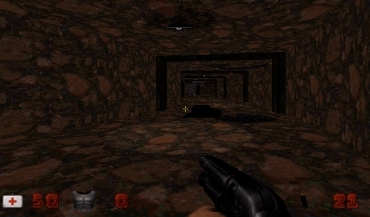 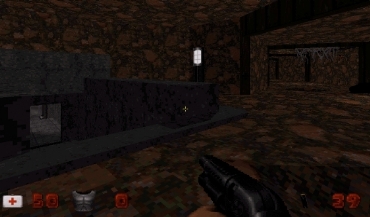 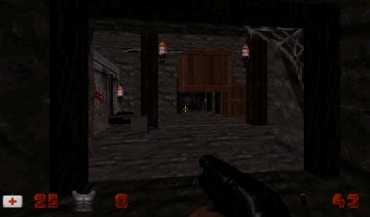 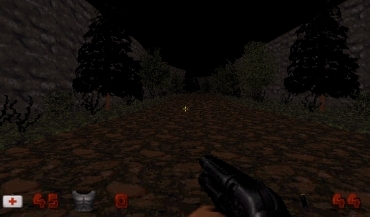