Mainly an industrial styled map interlaced with urban settings. The level is a small epic journey starting in a sewage filled tunnel that empties into a reclamation center. From there the outlet flows into a canal running through a section of a city and ends up dumping into a treatment plant.
After exploring the waste treatment facility and finding an escape route Duke ends up in somebody's backyard and onto a lonely country road with a remotely located filling station. Discovering the secrets of the locked gas station the player eventually arrives at the hydrostation, complete with a large holding pool and a set of water gates.
Figuring out the point of entry the player must navigate through pump rooms, grid control modules, and storage rooms until Duke emerges from the other side of the powerplant into an office suite of a political figure. The presidential styled office is complemented by an outdoor compound surrounded by a security fence and guard towers, and serves as an open battle ground for the finally.

The map is interlaced with multiple series of vents, tunnels, underwater passage ways and pools, elevators, drop chutes, and underground streams.
It's basically a straight linear path, but the scenery changes so often and the player is ducking in and out of the short passages so often it's hard to tell where you came from and how you got to where you are. In addition there are several short dead ends or open areas which lead to nowhere. They're great for adding range to the map, but may cause several instances of minor backtracking to get on the correct path.
While the texturing and shading are top-notch and extensive amounts of detailed background scenery give a sense of depth and realism, and plenty of ambient sounds and environmental interaction provide a nice atmosphere, the map's huge size is telling.
Compared to eye candy rich locations prominent through most of the map, some areas are a bit architecturally plain and under detailed due to the stretching thin of resources.

Game play is mainly switch throwing and puzzle solving. Switches can do anything from raising water levels, to opening doors, to blowing holes in walls. Most of the puzzles involve using pipebombs to blow open hatches or grates. The destructible items aren't too hard to locate as the majority of them are marked with a small crack on a nearby wall. A few of the non-typical puzzles for this map can be tricky and require some situational awareness; such as shooting at explosives through a window.
Enemy engagements can be challenging after a while. Encounters are on a pretty consistent basis with a few short lulls in the action to lure the player into a false sense of security. Just when an area is assumed cleared enemies may spawn or pop out from behind doors, so keep your toes.
Weapons are minimal and slowly acquired as the map progresses. It takes a bit to get something besides the pistol, and then even longer to get from the shotgun to the chaingun. A smattering of other weapons besides the three bullet firearms and a few pipebombs do occasionally show up, but ammo for them is extremely rare and doesn't last long.
Healing items are indeed very rare and provided in small doses so it can wear on the player as their hitpoints get chipped away.
Supplies and artillery pick up at the end, but the quantity and quality is still pretty equal to the demand.
There are two ways to finish the level: either fight the "brothers" to the death if you have enough resources left to sustain a large battle, or keep your head down and wait for the time delayed service access elevator door to open and make a run for the nuke symbol. 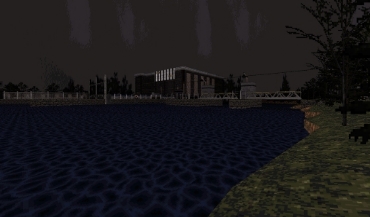 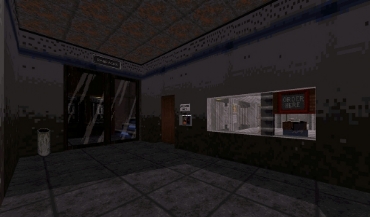 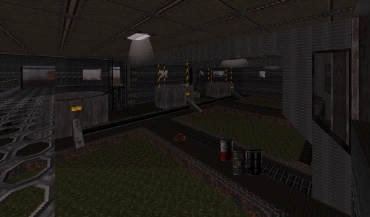 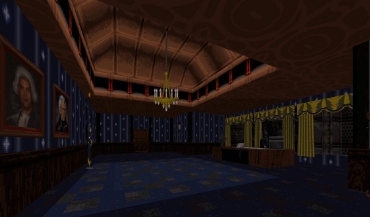 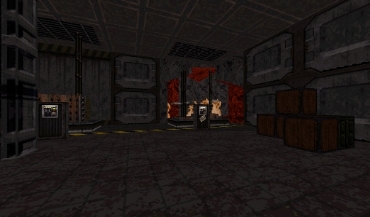 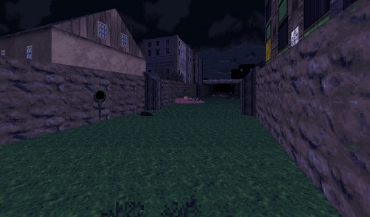