The aliens have a partially underwater base on a distant planet that's used as a spawning ground.
It's up to Duke to get in there, take out the reactor, and wipe out their hive.
A large base with a very nice design and layout. Very "alienesce" with the texturing and shading. Some nice detailing, visual effects, explosions, and architecture enhance the great atmosphere.
There are a few bugs to contend with though. Some invisible barriers will allow you to pass through them, but I suggest you avoid doing that because it's usually only a one way trip and Duke will get stuck. There's also a couple of instances where the game will crash because of too many sprites. When Duke gets to the top of the hive and has to shoot the glowing green canisters, the game may crash if you try to activate the elevator while the explosions are occurring.

Game play can be fairly difficult. There's plenty of health and ammunition, especially the farther into the map you get, but some of the combat situations can be challenging. These mostly involve multiple octabrains or commanders in some pretty cramped surroundings.
In the begining of the level Duke is provided one scuba tank, but spends quite a bit of time underwater. It's almost a guarantee that the oxygen will run out before the underwater exploring is completed.
The main emphasis is a key card search and if you aren't careful you may run right by one unless you pay attention to your surroundings. The map is also loaded with button puzzles, none of which are very difficult. Save often because the map is loaded with traps.
There are also three different ways to exit this map, but it's entirely up to you which door you choose. 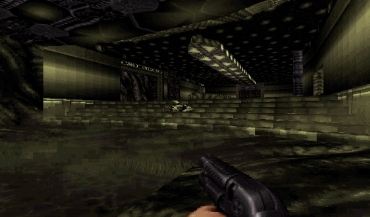 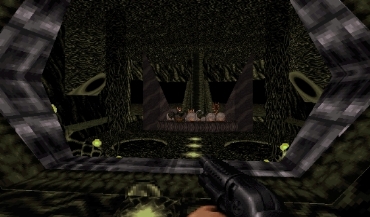 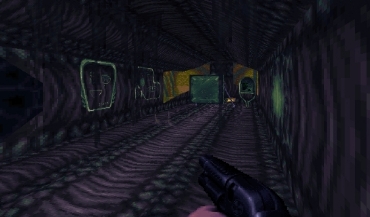 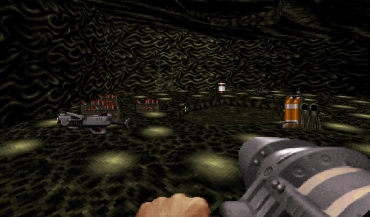 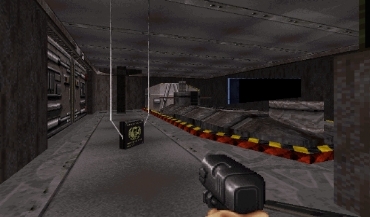 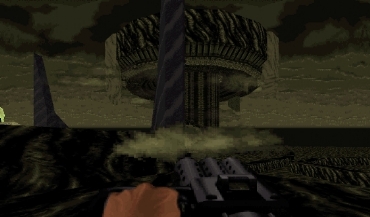