The authors own words: Duke is on his way to his island retreat on his plane to take a little vacation, just when some alien maggots blow up the plane's left engine. As you can imagine, this must "really piss him off".

It's a small level and as you've guessed: it's set on a plane.
Duke must get rid of the hijackers and nuke the plane (?).
The design is on the average with some of the good ol' oversize syndrome combined with some crampy areas. The texturing is quite good and so are the lighting / shading.
The progress might slow you down since there's a few hidden switches involved. As soon as you find 'em the rest of the adventure is quite forward.
Also the hidden switches is crucial in order to find some heavier weapons unless some of the enforcers drop a chaingun....
All in all a nice little map that can be passed in ten minutes if you're lucky in your quest for switches. 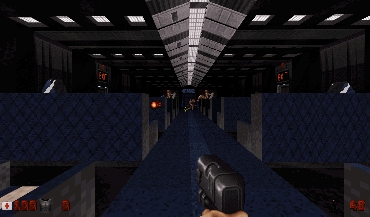 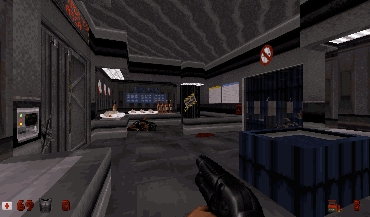 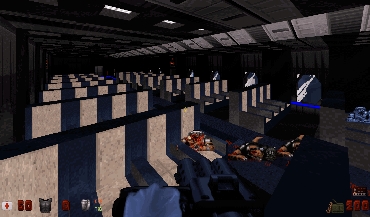 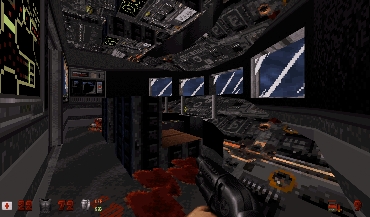 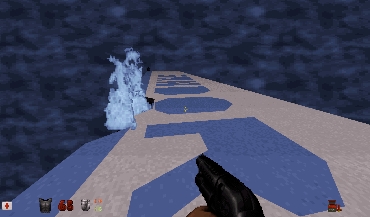 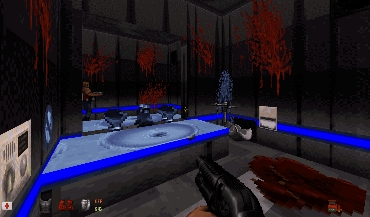