The aliens have taken over an airport and plan to use it to spread invaders all over the planet. It's Duke's mission to take out the airport and any alien bastards that stand in his way.
A medium sized map with a decent layout and good design. Areas range from an open street, under water tunnels, an under ground sewage treatment facility, air ducts, an airport terminal, and building interiors. Texturing and shading are well done but detailing and sprite work are missing in some areas. There are also a couple of nice architectural structures.
Ambiance is maintained through the transition from one map location to another.

Game play is fairly even throughout.
As Duke acquires more health, weapons, and ammunition the amount of aliens he encounters increases. Although, there is a bit of an overload on the heavier weapons and ammunition towards the end when it really doesn't seem necessary.
The author favors ambushes with turrets so Duke will take several hits until the area is cleared, but there's usually some health nearby.
The theme is to explore and find keys or find switches that drop force fields in order to progress. View screens are usually placed near the switches so you know where to go to proceed.
Most weapons are available, but grenades are best saved to use on wall cracks, of which there are several.
I did have a bit of trouble activating the switch in the tower which drops the force field around the windows. I ended up having to kick it to make it work. 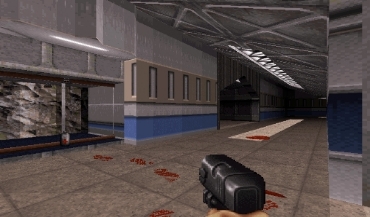 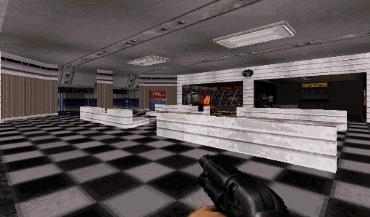 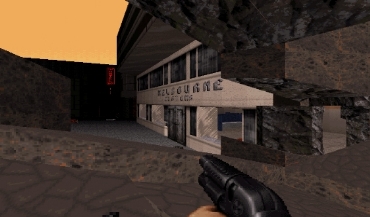 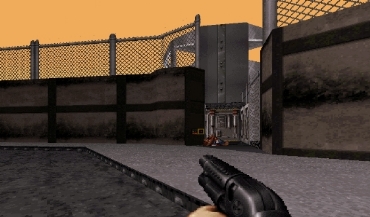 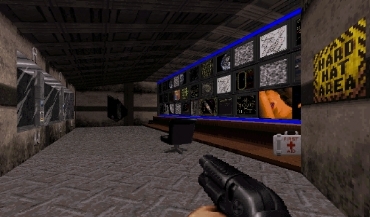