A space station map.
The level is mostly long corridors with a few small rooms. The trimming is well done, detailing is decent, and the texture selection is appropriate, but there are a few issues. Invisible walls are prevalent throughout and just make no sense. The player sees a nice long corridor disappearing around a corner, then wham! a broken nose.
Texturing is pretty sloppy and misaligned everywhere which is a distraction from the atmosphere, and the constant alarm noise starts to get annoying after a while.

Game play is survival until the exit is reached.
The enemies roaming the station have been amplified and can kill the player in one or two hits. It's a good idea to keep your distance. Problem is a few of them are spawned right on top of the player's position making it quite difficult to get away. Exasperate the situation with the invisible walls hindering escape and it can get frustrating. There are a couple of key cards, but are unnecessary to complete the level. The locked rooms do hold precious stashes of supplies though. Deciding to pass these up will most likely result in the player spending the majority of the time running for their lives.
A couple hiccups in the flow of the level also detract from fully enjoying the experience. There's an obscure floor panel that needs to be blown up in order to progress. There are no clues to it's presence or that it even needs to be removed. At the finish line of the map not many people are willing to jump off blind edges into outer-space and assume there's an end sector there. This stuff can cause confusion and extended amounts of roaming around wondering what to do. 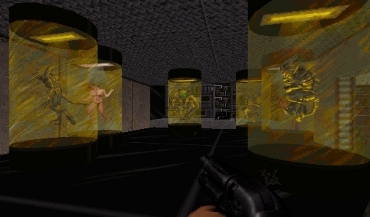 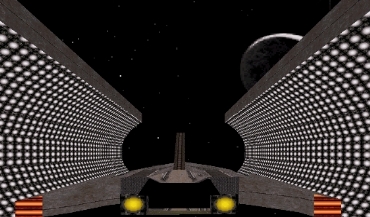 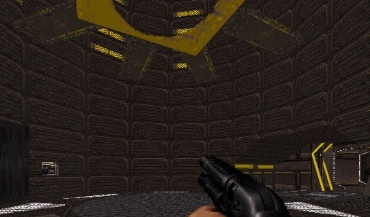 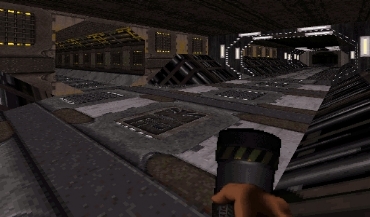 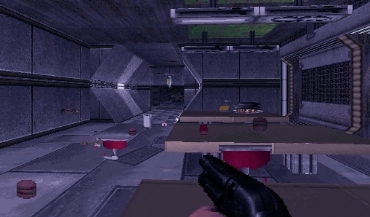 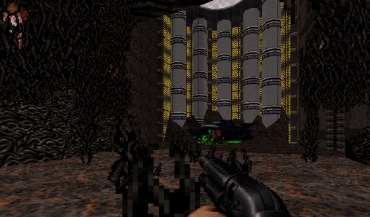