Duke must infiltrate an alien atmospheric processing plant on a distant planet and set off the self destruct.
A large base styled map with a real nice layout and pretty good design. There's some nice architectural constructions, back ground buildings and terrain to add depth, and an atmosphere that is completed with the good detailing, shading, and texturing. Although some of the texture choices are likely to burn out your eyes; they are nice and "alienesc".

Holy crap this map is difficult and at time frustrating. Save alot. And save again for good measure. There are traps galore. If you don't get killed by the stacks of enemies in confined spaces "Game over, man. Game over.", you'll get squished, or blown up, or fall into the inescapable fire pits.
Duke's arsenal is limited, but there's tons of ammunition and health all about. You'll need it.
This is somewhat of a key search, but it's mainly a "throw the switch and figure out what the hell you just opened" styled map. And guaranteed that what ever door or barrier you just dropped is no where near the switch you just threw.
Some of the button puzzles can throw you off if you're not paying attention. Throwing a switch could open a switch behind a hidden panel right behind you or even better, in a completely different room half way across the map, and if you don't see it or find it, you're going to sit there saying "wtf?".
There's a non-shootable button way at the top of a wall and a "rope" of guts hanging from the ceiling in front of it. You are supposed to jump up at the rope and jump from the "rope" to the switch and push it while in mid flight. Expect lots of puzzles like these and tons of exploring and back tracking to figure out where to go next.
Recommended for those that really love to explore, those that like their fire fights up close and personal, and masochists. 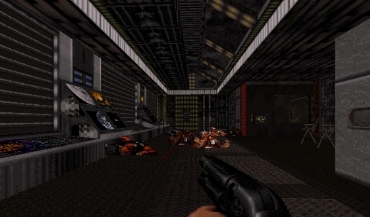 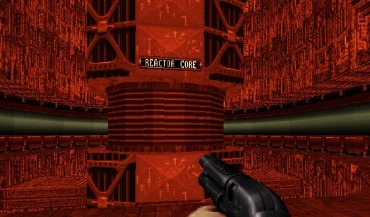 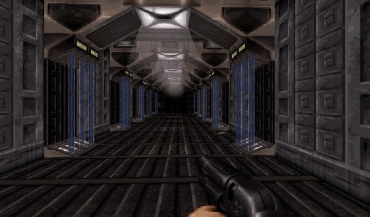 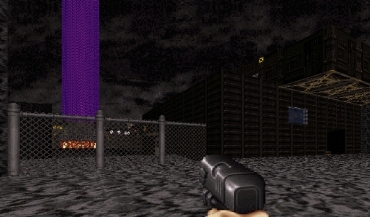 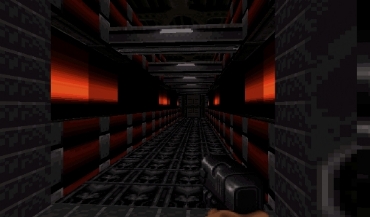 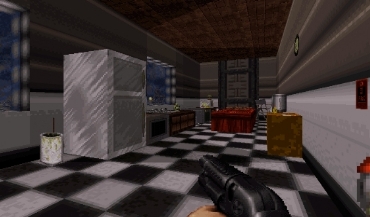