An alien planet with egg hives cratered and cracked outdoor sections, alien high tech locations, cavern systems, and underwater caves.
The texture combinations used in conjunction with lighting effects and various pallet colors makes for a kaleidoscope of sceneries. Aside from some cramped spots that can squish the player and a few locations that are generally basic in construction, the detailing and atmosphere are really out of this world.

Game play consists of finding key cards.
It may take quite a bit of exploring to get that first card; there are numerous passages, tunnels, and caves that spur off from the main tower cavern, but once the first lock is opened it's pretty simple to navigate the rest of the level. It's no easy task though, the environment can be quite hostile and there are some ramped up aliens to contend with. Yes, even though it feels like nothing but slimers, and the never ending slimer spawner doesn't help, but there are other baddies in the map.
Loads of explosive ammunition and several atomic health are scattered about, so it's challenging, but not overly difficult.
The only real design flaw is the destruction of the reactors; if done within the room the player becomes trapped by a collapsing roof that seals off the room. As a side note, the room with the nuke button has an odd overtile number on the walls, so the nuke button may not work. 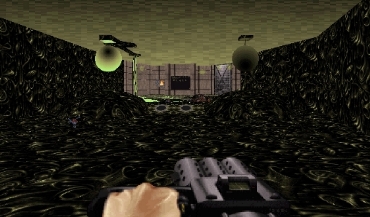 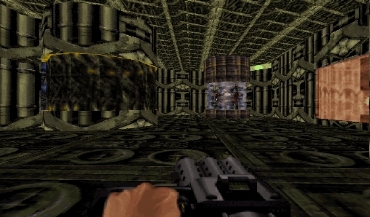 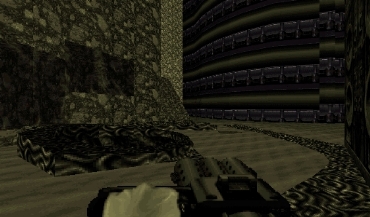 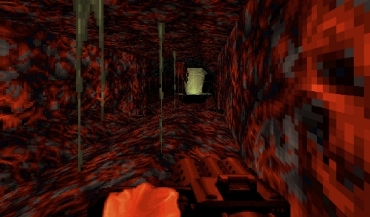 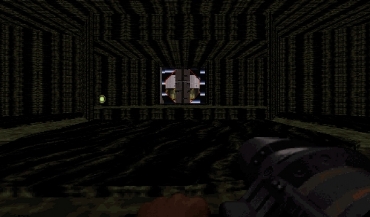 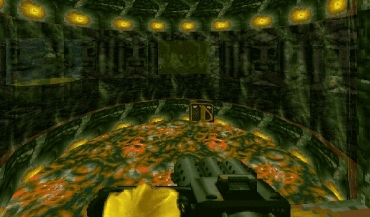