A re-creation of the map known as Alien Rendezvous from the fourth episode of Plug'n Pray for Duke Nukem Total Meltdown.
The level is mostly a military base with a touch of city streets and a little bit of alien space ship thrown in. The atmosphere is well done, with good shading, texture choices, and some sector effects. The street area is a bit empty and plain, but the focus in that location is supposed to be the descending alien craft.
Game play on the other hand is quite the challenge. The level is pretty linear so getting lost or turned around isn't an issue. There's also a secret-level exit in the map as well, so taking the left path instead of the right isn't much of a problem either.
The difficulty comes with the slug-fest combat. The player is confronted with a large amount of enemy fairly early on, and there are some tough aliens in the mix. Luring some baddies into an earlier section of the level and trapping them there is a decent strategy. Even then, if the player can't find the RPG in the secret area, the map is incredibly hard to complete. And while not totally essential, the jetpack is the top piece of equipment if for nothing more than collecting the very elusive stashes of ammo and healing items.
This map is like an old mattress; hard and lumpy. But it's still better than sleeping in a dirt hole. 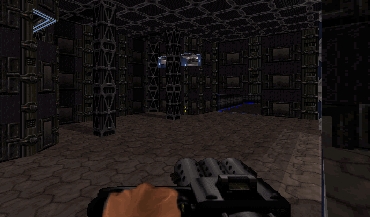 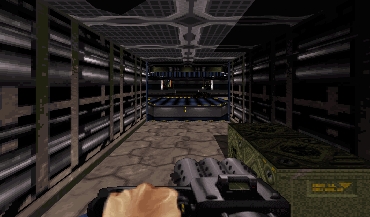 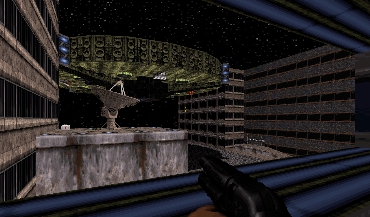 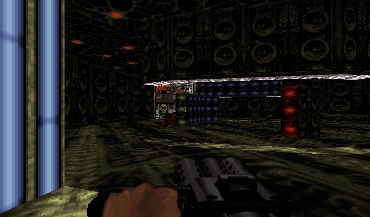 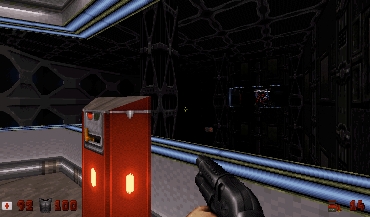 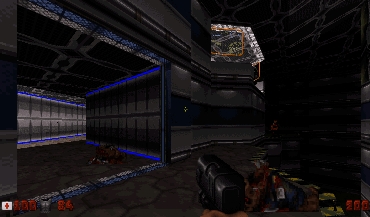