A sequel to the previous Alien series tribute map Nostromo. In this follow up based on the fourth movie, the player is given the mission to explore the space vessel USM Auriga and rid it of alien occupation. The level has a solid design with real nice detailing, lighting effects, and architecture. Excellent trimwork and texture combos give it a feel of really being inside a space ship. The map is made up of a series of linear corridors and rooms with enough side passages and multiple settings to give a sense of depth. There are a couple places you can manage to get where you're not supposed to if you decide to act a little crazy. None will benefit you unless you're into getting stuck or speedruns.

The level starts in a cargo bay; the player is to enter the main portion of the ship, explore, eliminate any encounters, and then make their way back to the cargo bay. The first portion of the map consists mainly of exploring, collecting supplies, and solving a few minor puzzles. The second portion is set up by the slow pace of the first. All hell breaks loose; the ship seems to be coming down around your ears while several aliens try to eat your face. The sequence of events can get pretty intense. Once back in the cargo bay a surprise awaits the player. There are two ways the map can be beat; stand your ground and kill the boss, or hide in a corner like a sissy (or if you're a bad shot and waste all your ammo) and wait for the exit gate to open. 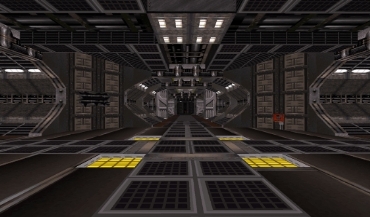 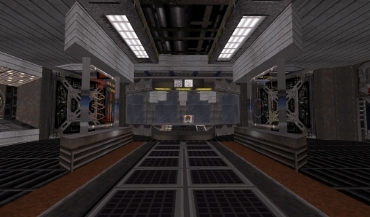 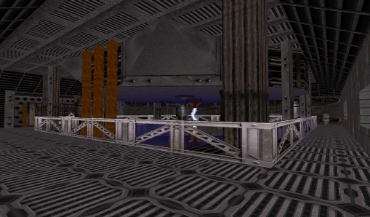 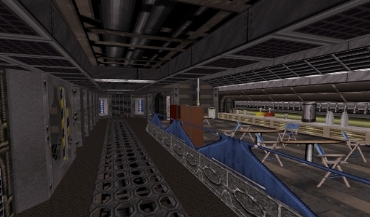 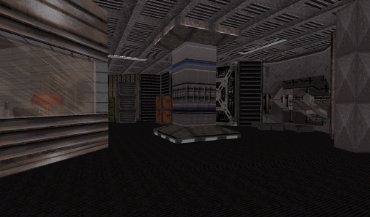 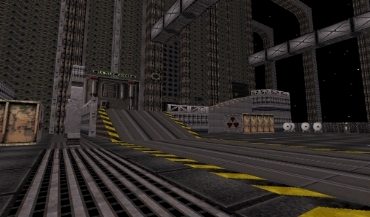