The aliens have taken over a human outpost on a distant planet. It's up to Duke to reach the reactor and destroy it to terminate the alien infestation.

A small map with a nice design and good layout. There are some out side areas to check out, but the majority of the action takes place inside the base itself. There's no "incredibly amazing" architecture work, but what there is, is pretty decent. Shading, texturing, detailing, and sprite work are well done and set for a good atmosphere.

Game play is a bit uneven in Duke's favor. While there's very little health to be found, it's more than enough, because Duke's arsenal is stacked in comparison to the types and quantities of aliens. The only danger is several of the aliens are well placed for a good ambush, but nothing that can't be handled. The theme of the map is to explore to find keys and throw switches to open doors and drop force fields. A few minor puzzles, but nothing too complicated, and exploring around this well laid out map was rather enjoyable. The only thing that disappointed (barely) me was that this map was a bit too short.
For those that like exploring and solving door opening puzzles. 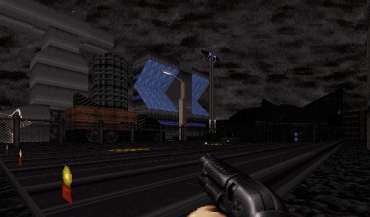 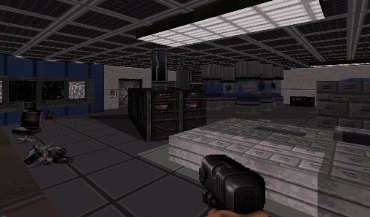 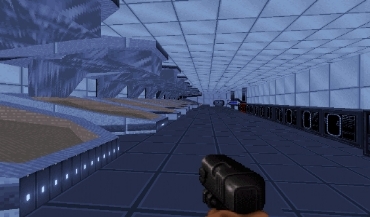 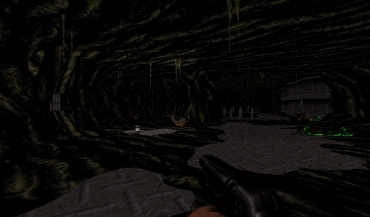 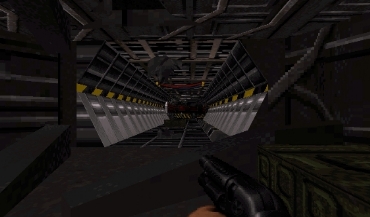 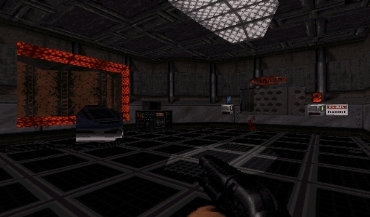