A pretty simple and basic map. Architecture is blocky, detailing is minimal, texturing is done by the buckets with almost no trimwork, there's no shading, and only a few sounds. Very bare bones, but it's put together cleanly and with minimal errors or issues. Just some odd texture choices and a space craft full of pigcops will raise an eyebrow.
Other than walking around inside a small portion of a starship, there's a little bit of simulated space walking using the scuba-gear and underwater method. Technically it works, but it looks silly when dead aliens "sink" to the "floor".
Game play is mostly about shooting things with a shotgun, ala Doom style. That, and walking back and forth between locked doors, switches, and keys.
The map is pretty small, but view-screens are still present, so not knowing which door unlocked isn't going to be confusing. There's more than enough ammo, so blast away.
More fun than trigger finger. 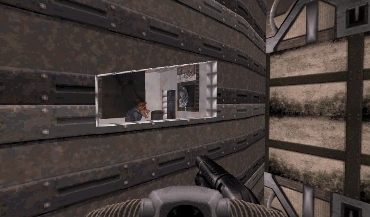 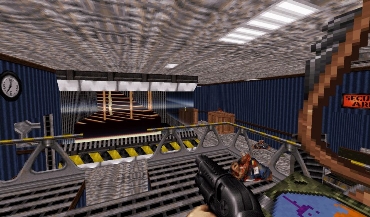 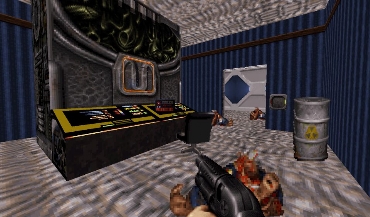 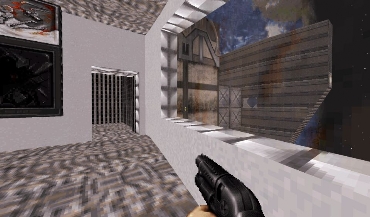 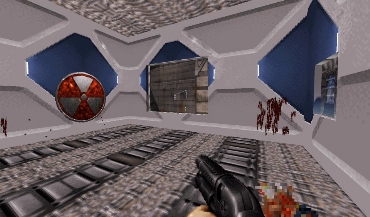 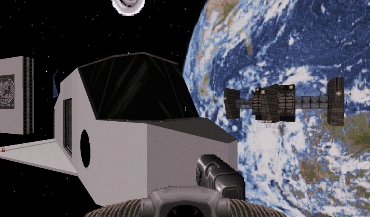