Duke has crashed on an alien planet after being sent ot investigate why contact has been lost with a human outpost.

A small map with a decent design and a simple layout.
Some of the texture choices and usage are a bit redundant, and some of the models used for the weapons are down right ugly, but not a bad looking map.
Shading, sprite work, and detailing are done fairly well and there's some nice effects and architectural structures as well.
Over all a good deserted outpost atmosphere.

The modified con file includes some nice additions such as usable gun turrets and a robot suit, but the game itself can be a bit frustrating.
Duke is a bit under gunned with the available weapons and with a max health of 80, it's fairly easy to get dead quickly.
The map can get a bit cramped when trying to gain tactical advantage over the enemy and combined with the fact that every time Duke recieves damage the aim of the screen is automatically centered. So if one of those little critters on the floor starts to hit Duke, Duke's done for because it's impossible to aim at it with the screen constantly bouncing back to the middle.
The concept of the map is a key card search. Due to the smaller size of the map and the basic layout, finding them and the door they go to proves no challenge.
The challenge here is survival. 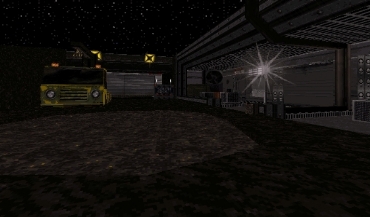 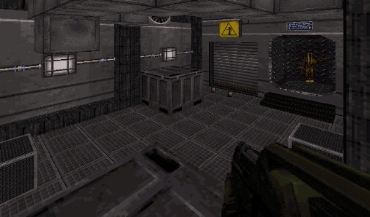 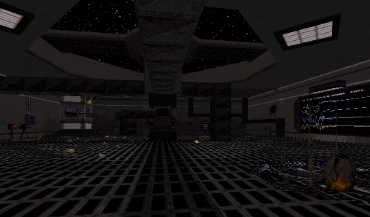 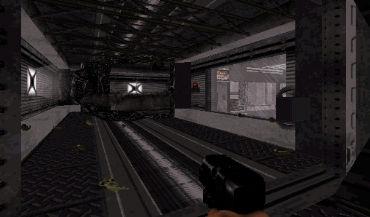 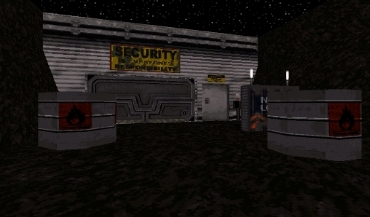 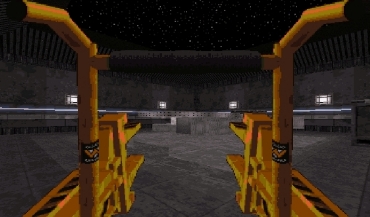