Duke's riding the subway home when suddenly the aliens invade the city. Duke must terminate them with extreme prejudice.

Duke starts out in the subway where it's rather barren and empty, not to mention extremely long.
Moving from one station to another (probably by foot because the one train doesn't make all the stops), Duke must figure out the button codes to gain access to the street level.
Once in the upper terminal and out on the street, the map finally comes to life with rich detail, architecture, and atmosphere.
Searching the local area, Duke must find another switch that opens another terminal in a different portion of the city.
Making his way again through the subway to the next terminal, Duke must surface to the streets again and this time search for a key that allows access to yet another subway terminal.
Back to the subway, whew, and on to the third terminal. Once again Duke must find the key that opens a door back in the first city block area. Back again at the first street and just as Duke makes his way to the upper floors of a building, the aliens send in an attack ship that starts devastating the building and streets.
Duke must take refuge in a factory and find the switch that opens the gate so he can access the final portion of the city and make his escape.

Aside from all the running around and backtracking, game play was pretty good.
The types of aliens present and their positioning, as well as the spawned enemies at key locations, were proportioned evenly to match the types of weapons available as well as the adequate amount of health and ammunition.
Even though the subway portion of the map was rather dull, the street level portions of the map are of excellent quality.
A map for those that like exploring around, solving switch puzzles, key card searches, and some evenly matched gun fights. 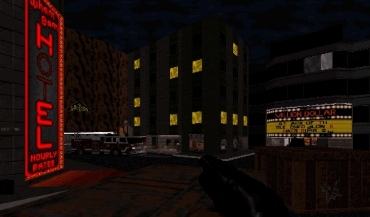 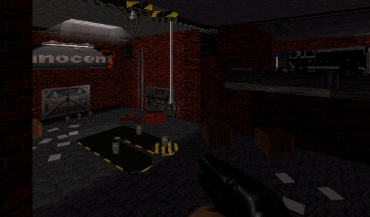 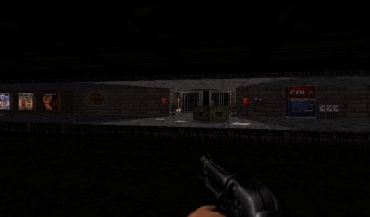 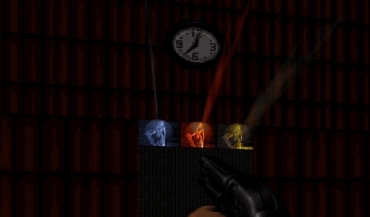 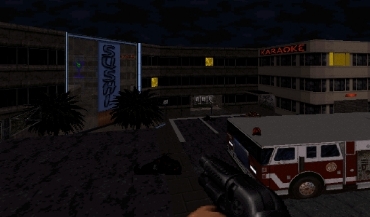 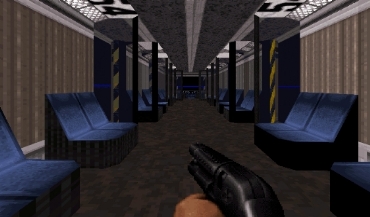