Duke is trapped in an alien base and must fight his way out to make good his escape.

A medium sized map with a good layout and decent design. There's not much eye candy in this map; the texturing is pretty standard and redundant, there's a serious lack in shading and detailing and hardy any sprite work or amazing architectural work.
Although not "pretty" to look at, the design and layout do somewhat compensate for the ambiance and game play.

Game play is fairly even throughout the map.
The weapons-ammo-enemy ratio is pretty even except towards the end where there's an overload of heavy artillery which isn't really necessary. Everything is well placed and there's only a few areas which provide much of a challenge combat wise.
This is mainly a key finding jaunt, but there's a button puzzle that needs to be solved in order to pass a triple door barred passage which is somewhat difficult.
I don't know how this friggin button puzzle was coded but it kicked my ass. I got tired of trying to solve it so I used dnstuff to get the NVGs and see the solution (using Dukeplus). When I restarted the game to get rid of all the items I got from the cheat, the damn solution changed. Also the solution changed every time I hit a button with the NVGs on. To resolve the issue and to keep the solution for door #3 from changing I had to; solve the #1 door puzzle, open the door, then solve the #2 puzzle, open door #2. If you fail to open the door after solving the button puzzle for that door, then you'll never solve the #3 door puzzle.

Not much to look at, but a decent, uncomplicated play. 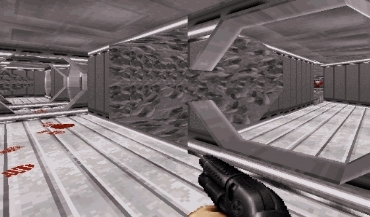 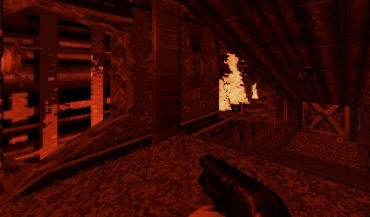 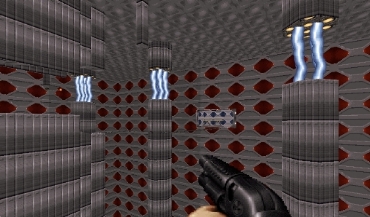 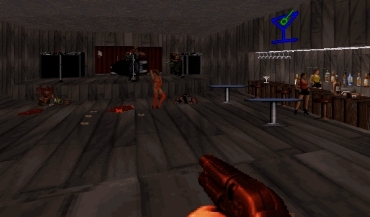 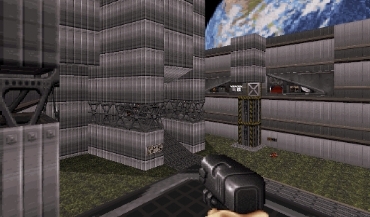 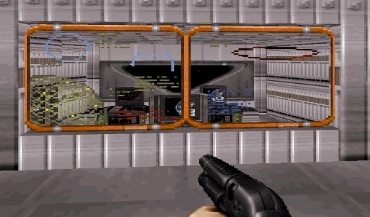