The aliens have taken over the town and Duke must some how find a way to escape.
A medium/large city map with a simple layout and design. Areas range from wide open city streets, building interiors, small yards, and an underground sewer system. A night time setting and without street lamps makes for a dark and shaded atmosphere. Texturing is basic and simple and I question why a city would have what appears to be dirt roads.
The majority of the map lacks any detailing and sprite work is good in some parts and lacking in others.
Some of the rooms inside the buildings can barely accommodate the desks and other furniture that are stuffed in them making for some cramped movement.
Overall an average looking map.

Game play starts out difficult until Duke's arsenal is beefed up.
Health and ammo are very rare until the map is explored further in than the areas around the start point.
The initial combat conflicts will take a toll on Duke out in the streets as the outdoor areas are loaded with pig cops that also toss grenades at Duke's head.
The map is set at an evening-night time frame so it's dark in the distance which makes it easy for the enemies to get the drop on Duke.
Once the immediate area of the first street is cleared there's shot gun ammo aplenty and there's a few fire hydrants to get a boost of health if it's needed. The theme of the map is set up on exploring and finding keys to unlock doors.
There's several cracked walls which need to be blasted and a few button puzzles. The crushing elevator trap got me a couple of times until I was able to line up just right with the vent.
Other than that it and taking a beating out in the streets it was a good play. 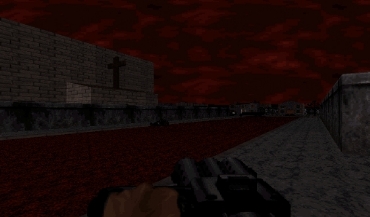 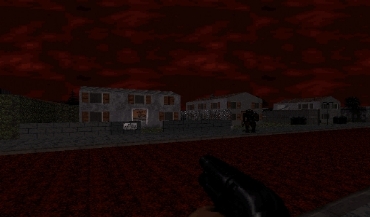 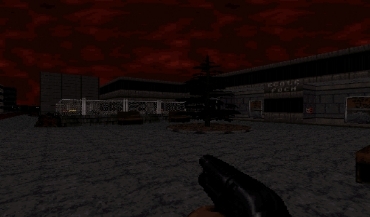 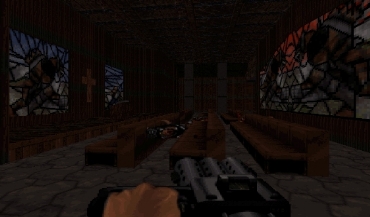 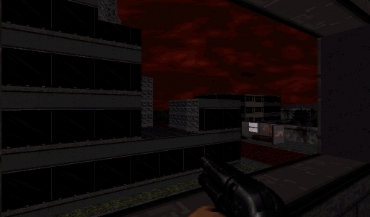 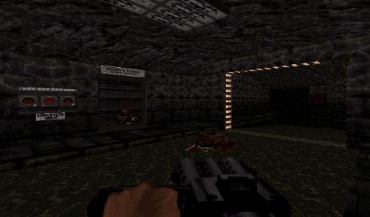