The sun has just set and dusk is settling over the city as Duke makes his way to his house. He opens the door and is greeted by an alien. A distant explosion announces that the invasion has begun.
Duke must make his way from building to building and kill the bastards before they get a foothold in the town.

A medium sized map; with a nice dark atmosphere enhanced by good shading, and a sense of urgency set by plenty of explosions and earthquakes.
Duke must explore the city and find the buildings that the aliens are over running.
While it's not obvious which direction Duke must go, a little bit of exploring will reveal which buildings need to be investigated. Usually a big hole in one of the walls will give it away. Some of the rooms are a bit small and over cramped with objects, but other than a slight hindrance to moving about the effect on game play is minimal because the majority of the fighting takes place in the streets.
Meanwhile the aliens have also entered some buildings through the roof or through the basement which means Duke must find the keys to gain access.

Duke starts just a pistol, but as the map progresses and the aliens become tougher and more numerous, the available weapons increase in strength.
There are a few instances where it's better to use some tactics instead of just slugging it out, but that's just to keep you on your toes and to make you think about how to take out the threat.
And not to worry, there's plenty of health and ammunition spread about to keep Duke in the fight.
While the map is not an architectural innovator and some of the texturing is of average quality, it has a decent layout and is well designed.
For those that like exploring intermingled with some solid fire fights. 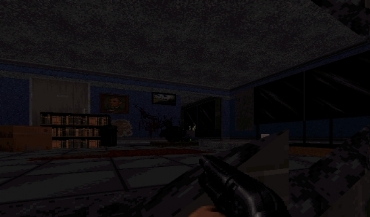 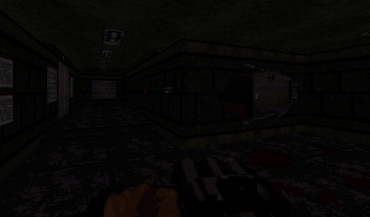 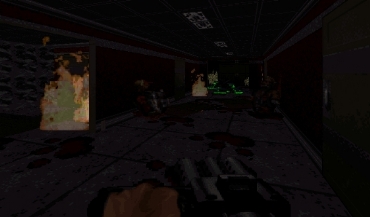 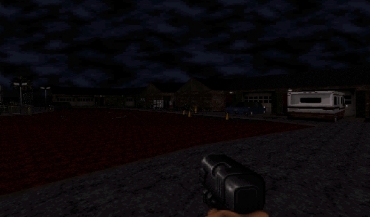 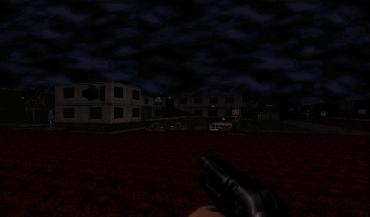