The aliens have established a foot hold in the city and built a wall to bolster their defenses. Duke must weed them out and make his escape.
A medium to large sized map with a good layout and nice design. A dusk like atmosphere; just as the sun is ready to set, is established with proper shading and texturing. Some real nice architecture, detailing, and sprite work enhance the city ambiance.
There are several areas that are visible to add depth to the map, but are unreachable because of invisible walls. Hey, if aliens can shoot rockets out their butts, why shouldn't there be invisible walls?

Duke starts out in the street unarmed and immediately being attacked by aliens.
As luck would have it there's some weapons and health nearby so let the slaughter begin. The aliens are everywhere, but so are health and ammunition.
This map is a perpetual slugfest. Just as Duke clears a street, seeks out and enters a building to find a key card, more aliens, health, and ammunition spawn outside. So it's a fight from one location to the next.
Sometimes finding the next location is not so easy and requires quite a bit of exploring to find the right building to enter. Until the key cards are found which give away the next destination, where to go to progress requires patience and methodical searching.
The first key card is quite confusing because the lock it opens is very cleverly hidden and the only reason I found it was the object it was hidden in wouldn't let me jump on top of it. So I just chanced to click open on it, and it did.
For those that like exploring and some serious gun battles. 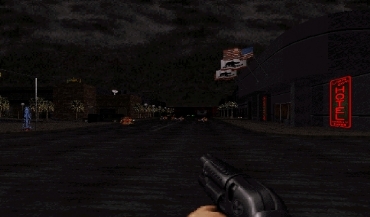 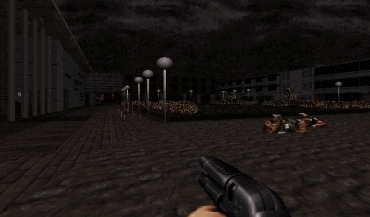 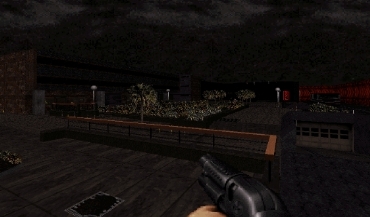 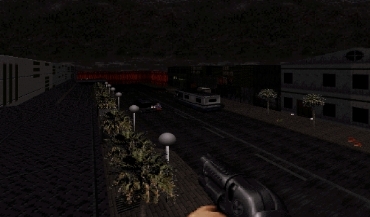 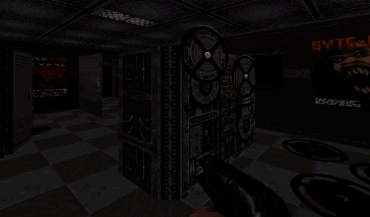 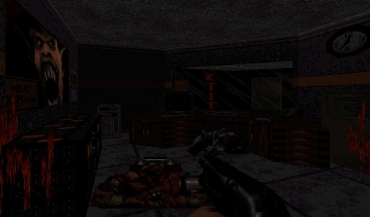