The aliens have taken over the city and Duke must find a way to escape their wrath.
A large city map with a solid design and a nice layout consisting of areas like a factory, subterranean passages, underwater tunnels, streets, a grocery store, a club, and more.
Duke starts out in a factory and must explore out and find switches that open doors until he finds the key that lets him out.
Making his way through underground corridors, Duke must again throw switches and seek out the key that lets him up to the street.
Making his way through the streets and surrounding buildings, Duke again has to find that switch that gives him access to a plaza where he must seek out the passage that leads to the exit.

While the texturing usage in a few areas is a bit of the average quality, the architecture is fairly standard, and shading and detailing are a bit sparse in some locations; the atmosphere is maintained fairly well throughout the map and the transition from area to area flows smoothly.

The map is stacked with loads of aliens, but this is offset but the generous amounts of health, ammunition, and a good selection of weapons.
The enemies aren't just stacked up haphazardly, they're evenly and well placed along with the logical placement of bullets and health kits.
There are a few locations in the map that don't really need to be entered, but going into these areas isn't a waste of time as there's usually some health, weapons, or ammunition placed there as a reward.
Although this is a switch throwing and key seeking journey; the logical and well constructed layout makes navigation pretty easy.
For those that like exploring, solving switch puzzles, and lots of gun battles. 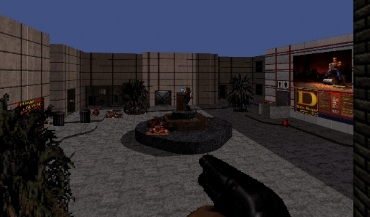 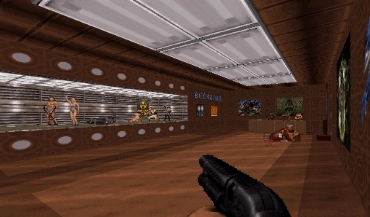 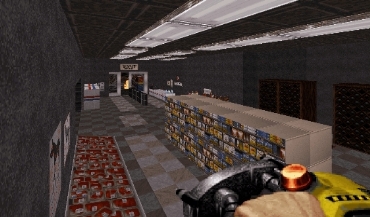 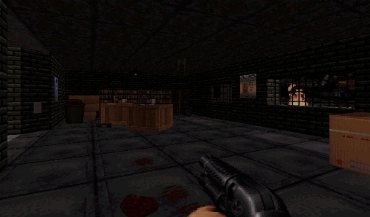 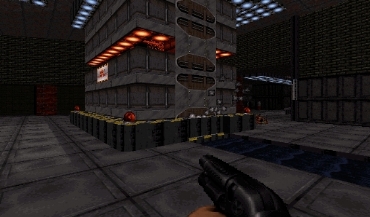