Another grand city map by ck3D (MRCK).
The advancement of the author's skills comes to life in this map. Great use of the base textures, detailing to even the minor nuances, and strong architectural design create a very realistic environment.
The expansive and well designed background areas, along with the dim lighting and mellow accompanying sound track, add depth and atmosphere.

Game play is a combination keycard and button hunt; which isn't as easy as it sounds.
The map is divided into two parts: an uptown rural plaza and a downtown rural/industrial block, the entirety of which consists of hidden indoor playable areas stashed away from one end to the other.
The whole map is open range to roam free and do as you please, and the strategy is exploration to discover where everything is hidden.

The map design falls a bit short in this area due to there being almost no clues as to what to do, or what the player has activated when hitting a button or switch.
The author admits that the combat portion of the map was a bit rushed, and although it works quite well, it shows with the semi-random placement and selection of items, enemies, and spawns.
Overall it's a great looking map, is fun to play, but will require some patience to explore around and maybe do some backtracking. 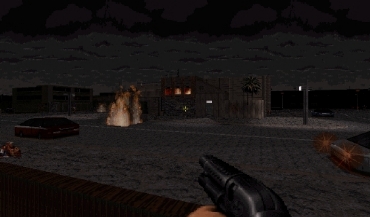 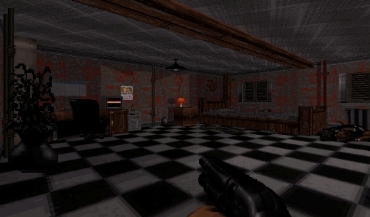 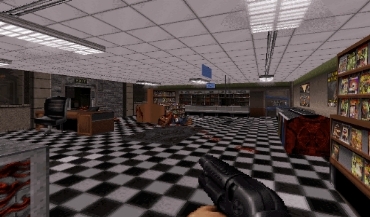 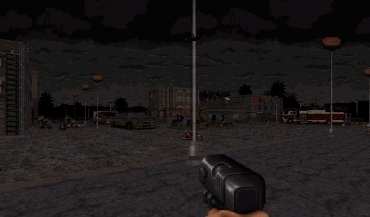 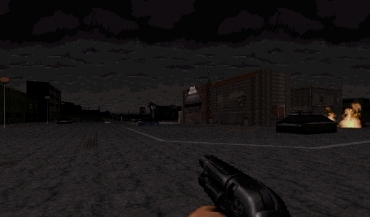