An Antarctic EDF base.
The two main environments are snowy valleys and underground frozen caverns. The vales are constructed with icy outcroppings, beached water vehicles, tents, a helicopter pad, and crates of supplies stacked up.
The caves act as storage rooms for more supplies, a garage for snow vehicles, and a command center. It's all very well detailed and shaded making for a realistic environment.
There are some design issues though which allow the exploit of hitting switches earlier than when is supposed to be permitted, grabbing supplies behind locked cabinet doors, and also a flaw in the exit area allowing for a speed run that skips pretty much most of the map.

Game play is the standard key card hunt.
It may take a little looking around to notice the narrow crevices in the icy canyon walls that lead off to other areas, but they're not very hard to discover. The most probable source of confusion is recognizing the correlation between an exploding and collapsing cave in relation to when a door on the opposite side of the main cavern opens up. The level is only so big; any excessive wandering is pretty limited.
Respawns ensure that combat is pretty constant and in the player's face. The variety of aliens and the provided arsenal are limited for the most part which makes the indoor fire fights pretty typical, but the larger encounters in the outdoor open areas can get a little exciting. Especially with the limited amounts of healing items thinly distributed throughout. 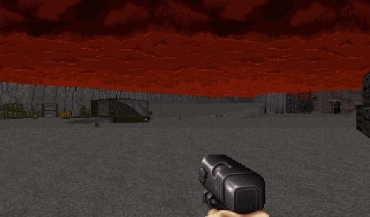 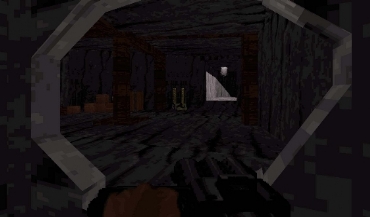 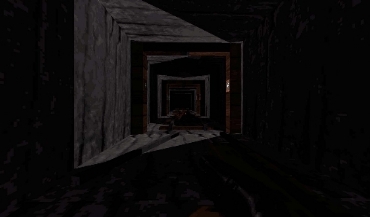 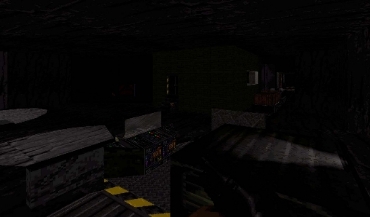 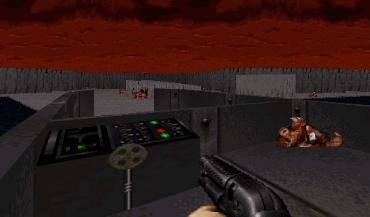 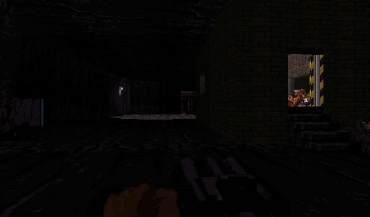