The aliens have been integrated into our society (!). But a fraction of those alien scumbags are "uncomfortable with the current political climate" and seek to destroy the peace agreement.
The alien renegades have taken stroghold in an abandoned warehouse. Dukes job is to flush 'em out.
The design is squared and simple. Lots of empty rooms and corridors. Some attention has been paid to lighting / shading to break up the monotonous impression. Texturing is on the average.
The level is quite big so if you're into Dukematching prepare yourself for some wandering about.
There are tons of weapons and ammo to be picked up along the way. The same goes for healing items.
If you're not getting lost the map would consume some 15 minutes or so. 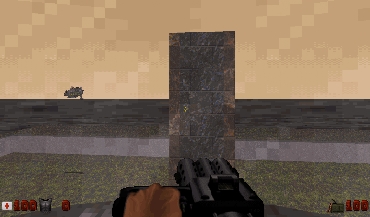 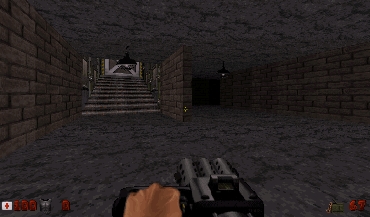 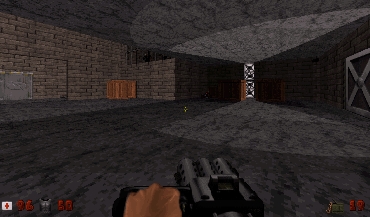 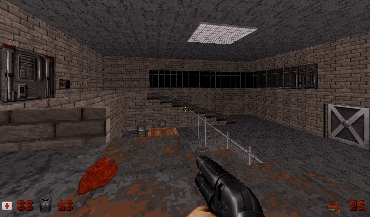 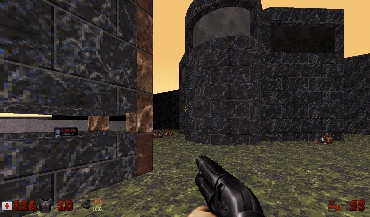 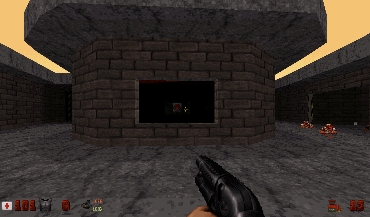