A city block map.
Typical locations are presented in this level: movie theatre, grocery store, hospital rooms, library, and a street going around the circumference of the map. The layout is open and aside from the key locked buildings, it's accessible for exploration.
Construction is in its simplest form: everything is quite blocky and oversized, several indoor areas are cramped, detailing is minimal, and texturing is misaligned everywhere. The fire truck doing circuits around the street clips into some buildings and can crush the player if they get in its way.

Game play is exploring the buildings until the key cards are found. The first one is hidden quite cleverly and there's a clue to help the player out. The second is pretty much hidden in typical fashion so it presents no difficulty.
Combat starts out a little challenging and Duke may end up in a situation where there are multiple enemies coming in from several directions and only a couple weapons are in the arsenal with limited ammo. After that initial engagement weapons and health are everywhere so the fire fights become easy street and it pretty much doesn't matter what's thrown at the player. 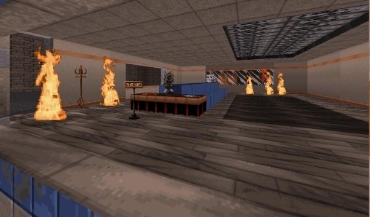 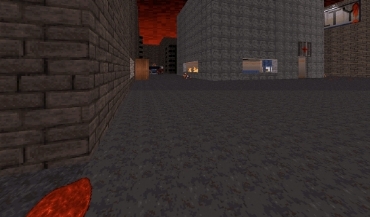 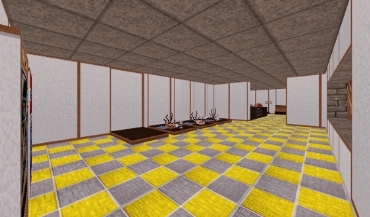 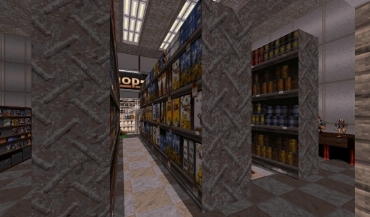 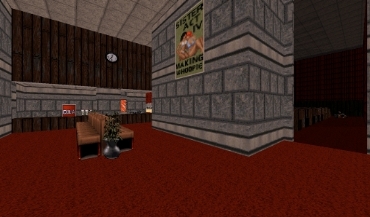 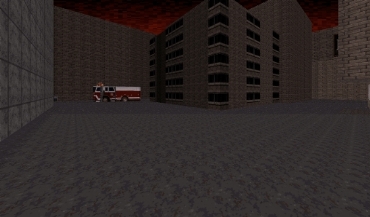