An aquatic amusement park with water slides, swimming and wave pools, a snack bar, an arcade, and a white-water rafting canyon.
It's very basic in its construction with almost no shading or detailing, and the architecture is very squarish and blocky.
About the best part is the winding river canyon that has a nice feel to it with its small waterfalls and rocky outcroppings. Some effects and sounds are used, but they're minimalistic, and other than flowing water and moving water craft, the environment is generally quiet and static. At least the scenery changes often due to the uniqueness of each location.

Game play is about finding keys in this huge wide open landscape.
Technically only the red key needs to be found and it can be acquired without collecting any of the other keys. Even so it takes quite a bit of effort and complete happenstance to discover it and then get to it.
Combat is pretty consistent for the first part until the major open hub area is cleared out, afterwards it's just a matter of fighting the aliens hold up in all the offices and park attractions.
I would say some of the ambushes and tougher engagements are challenging, but there are so many atomic health in this map that the player could forsake all the weapons, use nothing but the boot, and still feel comfortable about surviving. 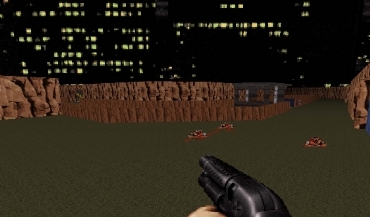 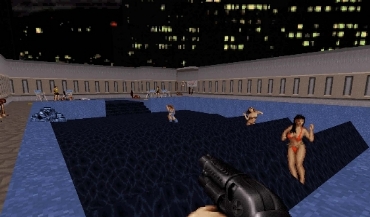 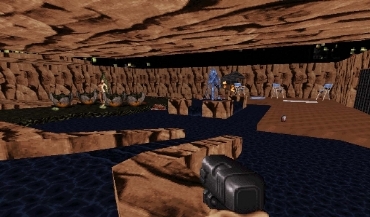 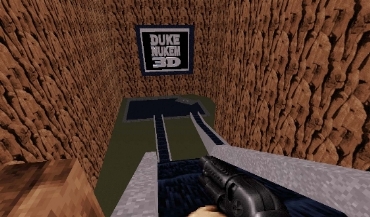 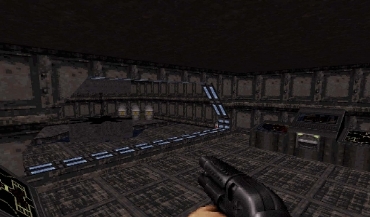 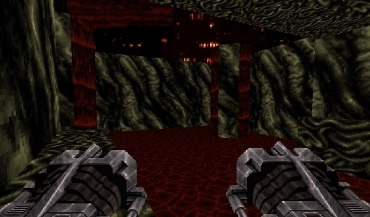