Not part of the aqua series, but sometimes unfortunately associated with it because of its title.

The aliens have taken over an arctic navy seal aquatic testing base and are preventing anyone from freeing the escape sub from the ice. Duke must get in there and wipe them out to free the sub.
A small sized map with a simple layout and decent design. The shading and detailing are decent and there's some above average architecture, and although the texturing choices are appropriate, there's several places where they're misaligned.
Overall not too bad on the ambiance.

Game play is pretty straight forward; shoot everything that moves and find a couple of keys.
The layout is pretty linear and there's only a couple of button/ switch puzzles (one button is hidden in a locker). Duke starts out inside the submarine that's trapped in the ice, he ducks down a hatch and swims to the base. That's the only underwater portion of this map.
The rest of the map involves moving through corridors and small to medium rooms until the end battle is reached.
There's plenty of health and aliens spread throughout, but the arsenal is slightly limited and ammunition is pretty tight, especially at the end where it's needed the most.
For those that just want a quick "shoot everything" styled map. 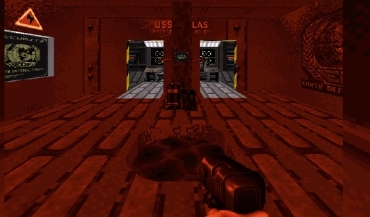 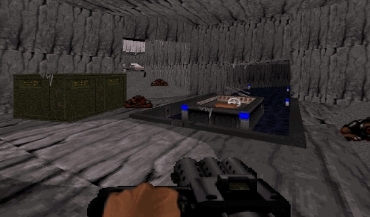 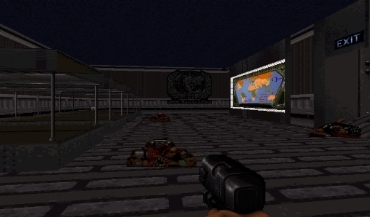 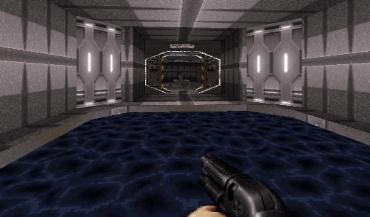 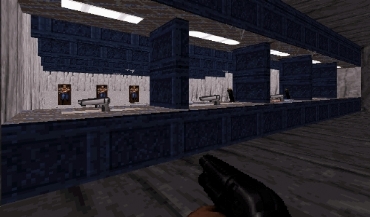 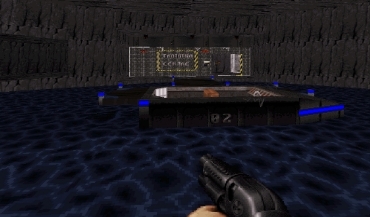