Continuing from Aqua2, Duke must make his way from the battle sub through a prison to an escape shuttle.
A medium size map with a decent layout and an average design. The author continues to show improvement in creating the structural aspects of maps. He does a good job with shading and detailing.
Texturing and architecture are improved from the last map which helps with the over all atmosphere.

Game play however has continued its free fall into slug fests.
This map consists of several narrow corridors and small rooms which makes the combat with mini-battlelords and commanders rather difficult.
There is plenty of health and a well stocked arsenal with plenty of ammunition, but when you have no place to go and end up standing face to face with very tough enemy, Duke really doesn't stand much of a chance.
More than once I was below 10 health points and had to try to survive long enough to find health. I didn't always make it.
The theme is a key card hunt and with the straight forward linear layout they're not hard to find, just hard to get to.
For those that like their battles tough and toe-to-toe. 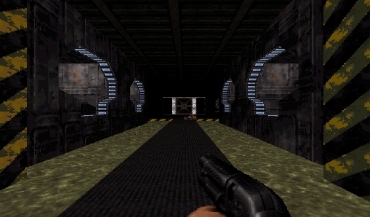 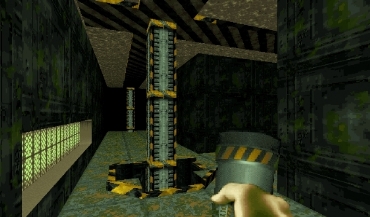 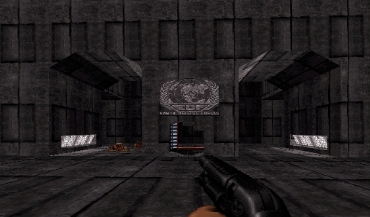 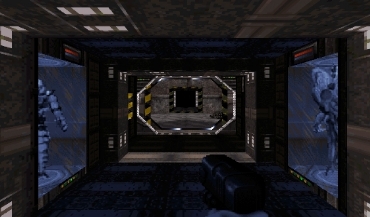 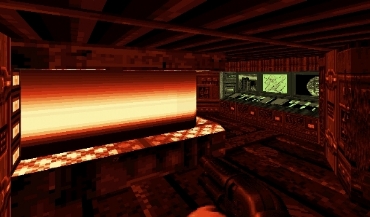 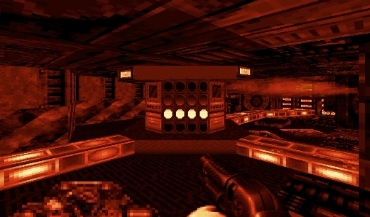