The aliens have taken over an underwater base and it's up to Duke to kill them all and reclaim it for the EDF. In the mean time Duke must get to the submarine hanger control room and open the barricade so he can make his escape.

A small base styled map with a simple layout and decent design. Nice work was done on the texturing and detailing, but several rooms lacked shading and some of them could have used some sprite work so they wouldn't seem so barren.
There's some nice architecture and overall a decent atmosphere which is enhanced by the transparent underwater corridors.

Game play initially starts out very difficult, Duke is dropped into a room with nothing but a pistol to defend himself against several troopers and a couple of pig cops.
If the first conflict is survived with a decent amount of health, then the rest of the map is fairly easy with the exception of a couple of commanders which must be fought in cramped quarters.
Though the arsenal is limited, there's more than enough ammo, maybe a bit too much, to take out each and every alien.
There's also health aplenty once the map is explored a little deeper, so unless you are careless you're not in any danger of getting killed.
The map is a simple key card search which proves easy as the layout consists of connecting corridors and rooms in a linear fashion.
For those that want a quick easy map with a bit of shooting. 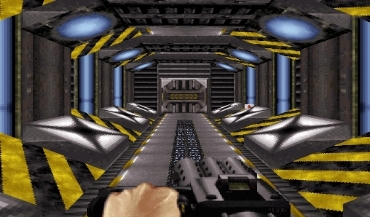 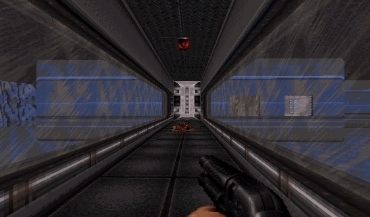 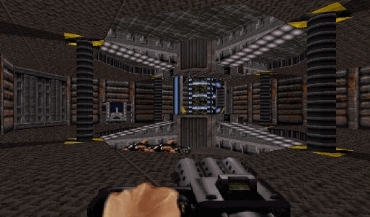 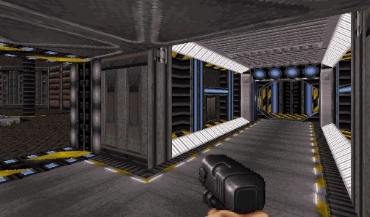 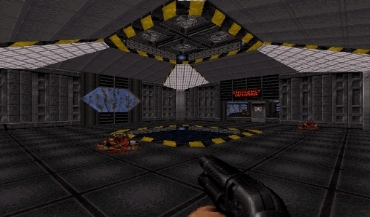 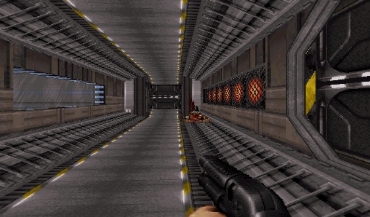