Those alien scumbags have found our secret underwater bases. Guess who has to come to our rescue!
It's a very simple task: Roam the underwater base and remove the aliens.
The design is surprisingly good for a map from back in'98. The author isn't very well known these days either.
It is nice to see clever usage of few textures and lighting like you would in this map.
Gameplay is pretty forward: Find the mandatory three keycards and nuke the place. Too bad this level is very short. A few more locations / puzzles / combats would have cranked up the score a bit.
You start only with the pistol but if you're looking into some of the storage rooms you'll be awarded.
There is way too much of plenty everything in this map but that may be execused since the author was planning a series of maps.
A ten minutes romp, it is! 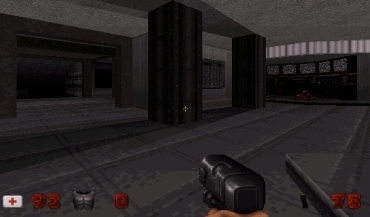 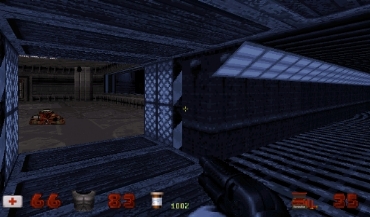 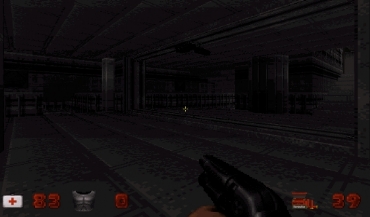 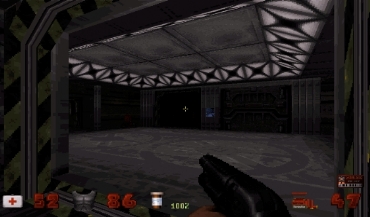 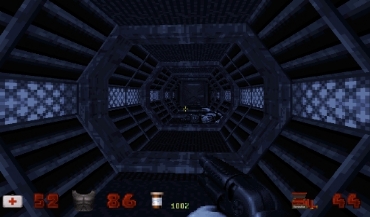 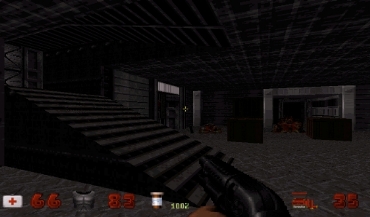