The aliens have overrun an underground EDF base that's developing a new space craft in an attempt to steal it. Duke must get in there and kill those suns-o-bitches and retrieve the vessel.
A medium sized base styled map with a decent layout and design consisting of interlinking corridors and small rooms. For the period the texturing and shading are well done and there's some nice sprite work, detailing and above average architecture. A good underground base atmosphere for those that are partial to those kind of maps.
Duke must make his way through the base finding key cards and throwing switches to unlock the hanger which holds the new space craft being guarded by a big nasty bad guy.

Game play is pretty good. The maps flows smoothly, there's just enough ammunition and health placed about to keep the fire fights even. Duke's arsenal is well stocked with just enough heavy artillery to make the final battle manageable if that's the way you chose to finish it out.
You can also get inside the space craft and launch it to end the level if you find yourself too hurt or low on bullets. 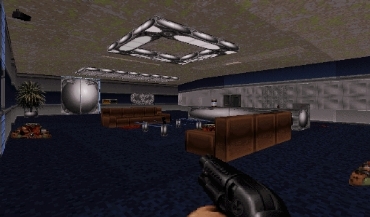 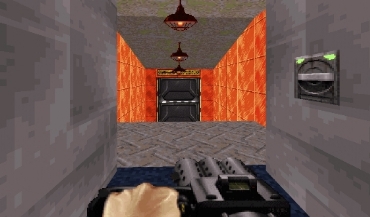 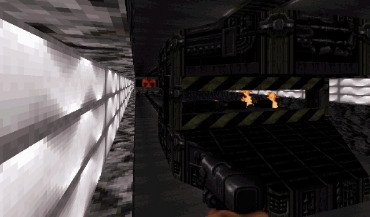 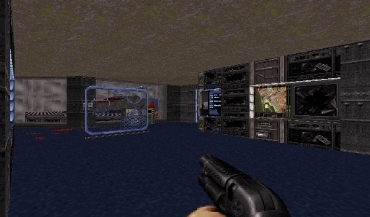 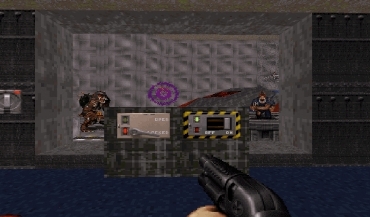 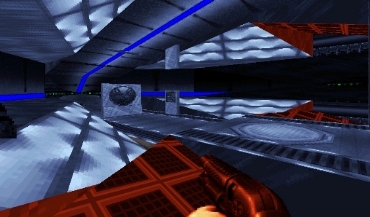