Duke infiltrates an arctic secret base known as Area 69 by hiding himself in a crate.
I wonder if he was shipped "bulk rate"? Duke must investigate what's going on at the base then escape and report his findings back to EDF headquarters.
A large map with a fairly decent layout and design. The premise is of an arctic landscape with canyons, crevices, and ice lakes. Other than the few indoor base styled areas and some architectural structures; the entire map is white and light blue with minimal shading, sprite work, or detailing. Although that suits the theme, after awhile it becomes a bit redundant.

Game play is difficult at best. Unless you find a good portion of the secrets, Duke's arsenal, health, and ammunition are severely limited.
Even so, the enemies are stacked from one end of this map to the other in mass quantities and a large portion of these are some of the stronger variety of aliens such as commanders and octabrains.
There are a few wide open outdoor areas, but a large portion of the fire fights with these tough enemy come in close quarters making progress that much more difficult.
Save often, then save again for good measure, as there are a number of areas that serve no real purpose other than too accidentally wander into which depletes Duke's precious health and ammo.
The objective is to seek out and find all the buttons which activate the teleporter so Duke can make his escape. Expect to spend lots of time running from the aliens and have fun solving the multi-button puzzle towards the end which requires using up all your pistol ammunition.
For those that like exploring and the challenge of staying alive. 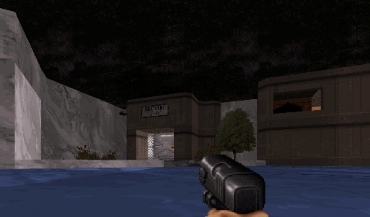 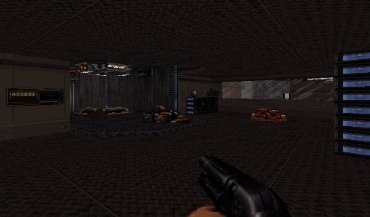 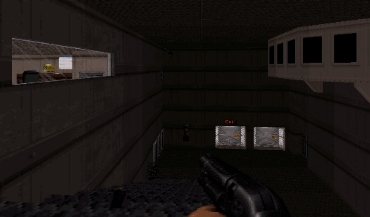 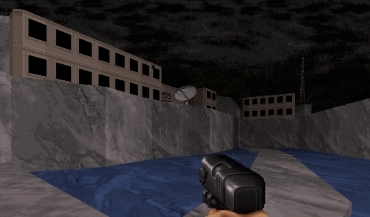 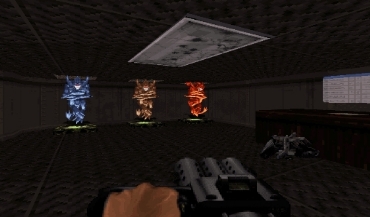 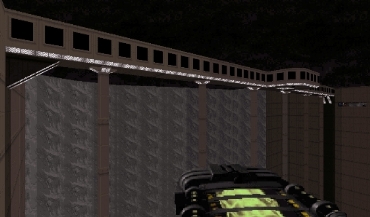