Duke lands on a moon to investigate some unusual signals coming from the surface and discovers an alien temple. Lock and load, it's time to kick some alien ass.
This is a pretty large map with a nice layout and a solid design. There some pretty good architecture, the shading is well done and the usage of the textures suits the alien atmosphere. Other than a few blocky rooms, the details and effects complement the ambiance.
There are several puzzles to be solved that focus mainly on finding a button or switch then figuring out what just happened. This doesn't prove too difficult as the results of all the switch throwing is localized to the area Duke is currently in. Basically it's harder to find the button than to figure out what it just did.

Game play increases in difficulty as the map progresses until it ends up being an all out brawl.
There are several ridiculously difficult fire fights, but Duke is well armed and there's plenty of health and ammunition stashed all about the map, just use the terrain and your surroundings to your advantage and you'll be all right.
There are a couple of key cards to be found, but you'll be too busy throwing switches and finding passages to notice. 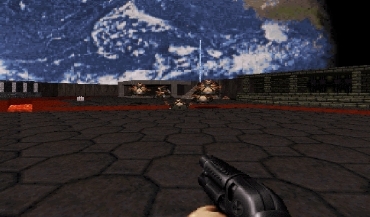 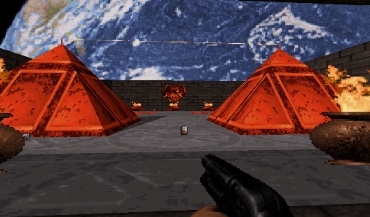 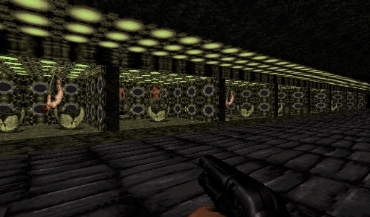 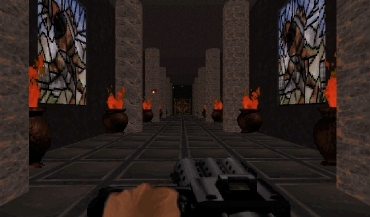 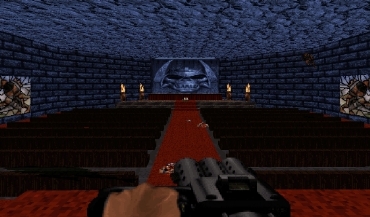