The aliens have taken over a military installation and Duke must infiltrate their defenses, locate the secret control area that guards their leader, then take the leader out.
A large map with a simple layout and basic design. The ambiance is decent but could have been better. Shading is lacking in many areas, the texturing is okay but redundant, and the detailing and sprite work are sparse.
There is some nice architecture , but most of the map is blocky with a lot of open space.

Game play is pretty easy. Duke is loaded down with weapons and ammunition so getting killed is pretty hard even if you take on most of the enemy head on.
The blue lock can be by-passed because the author put a door opening switch too close to a window so it can be reached from the outside. Several of the aliens can also be shot down through the buildings windows making for an easy entry with minimal hassle. Beware that the map has clipping bugs associated with barrier gates and fences. This is a one way trip and requires dnclip to get back into the play area. 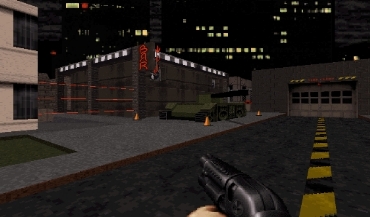 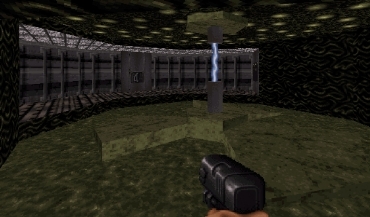 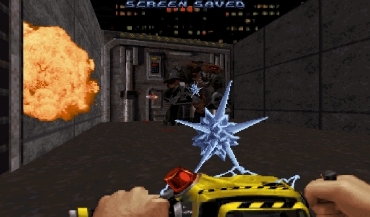 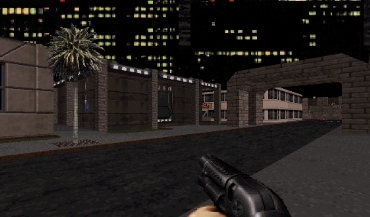 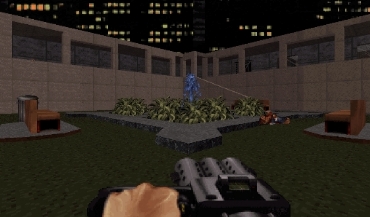 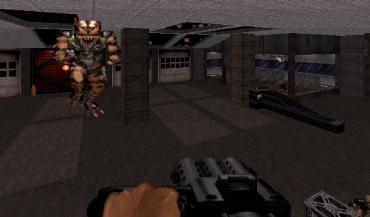