A medieval fortress styled map with a high tech underground facility.
The player starts out dropping into a valley with a large pool, moves to the below ground area via underwater passages, and finishes in a large outdoor courtyard. The shading is decent and the texturing is proper, but blocky construction and lack of trimming, especially in the last location, makes the map seem slightly dull.
The map is mostly linear with some minor backtracking, but using some creative jumping a significant section of the map used to acquire the first blue key can be skipped thus avoiding said backtracking.

Game play is mainly a key card hunt.
The locks and keys are fairly simple to find, it's just a matter of going to get the key then returning to the lock.
Combat is well balanced until the end. Supplies are spread out and evenly distributed. A few spawns may catch the player off guard, but there's adequate health and ammo to handle most situations.
The end of the map is a boss fight and he's brought a few of his friends along to distract the action from himself.
The huge deposits of health and ammunition in this location should minimize the challenge. 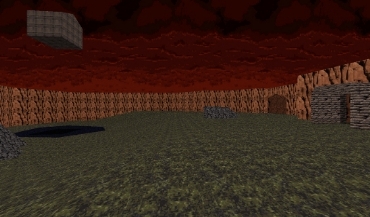 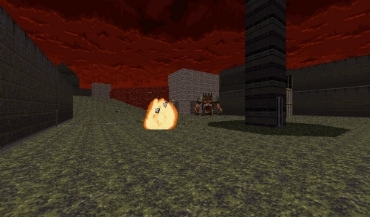 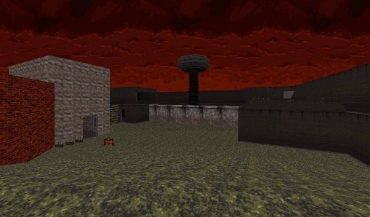 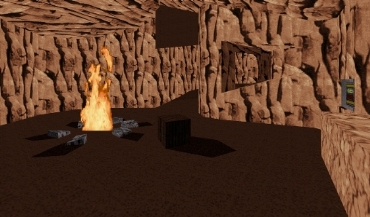 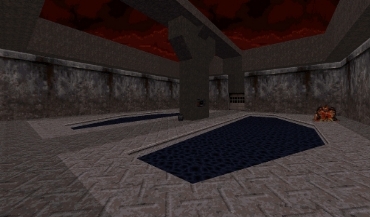 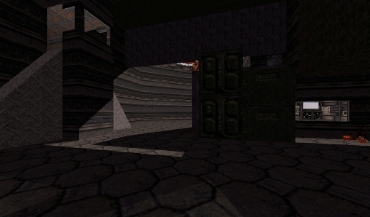