A stadium styled map.
The player starts outside in the parking lot, moves around the inner circumference of the building, and finally ends up on the field.
Locations are pretty typical for this style of map; a storage and shipping room, a control room, offices, an announcement booth, a gift shop, fast food and arcade like venues, bathrooms, and the main hallway running the perimeter of the map.
Texturing choices and shading are good for the most part; detailing and architecture are about average.
Construction seems a bit rushed as there are several misaligned textures and quite a few instances of sector clipping issues, specifically with a number of swinging doors that cause abnormal visual anomalies.
There also seems to be only a minor amount of environment interaction and very few ambient sounds to add to the atmosphere.
The layout is basically linear and the level is designed so that the player walks down the main corridor and explores all the side locations along the way until the field can be accessed.

Game play is a combination key card hunt and switch throwing affair.
Most of it is straight forward unlock and move ahead progression, but a button to get the first key is very well hidden and can cause alot of additional backtracking and exploring if it's missed during the initial pass through.
There's also a small puzzle where the player is supposed to push a box in order to reach a ledge. It's not obvious what needs to be done or that the box can move, so this could also be a source of some minor confusion and futile attempts at strafe jumping until desperation causes the player to start experimenting with the environment.
Combat is pretty straight forward; as the player gets deeper into the map, the number and types of enemies encountered and subsequent spawns ramp up until the engagements culminate in a massive final battle.
Ammunition and health are provided in small doses at evenly spaced intervals and usually in the near vicinity of where major combat scenarios unfold. This keeps the player decently armed and well healed from start to finish.
Weapons are given out in a slow progression, but a few of them are in secret areas and if missed the player with be dependent on nothing but a pistol for quite some time. 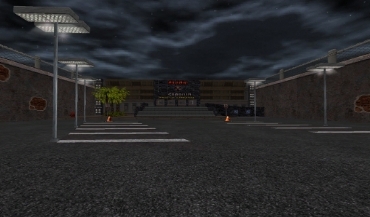 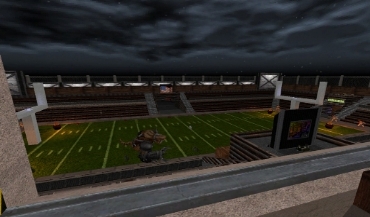 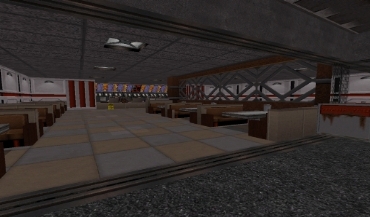 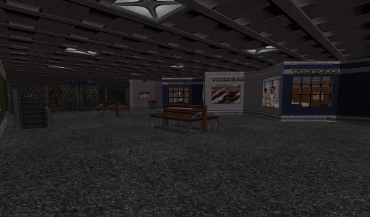 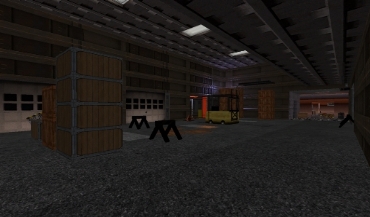 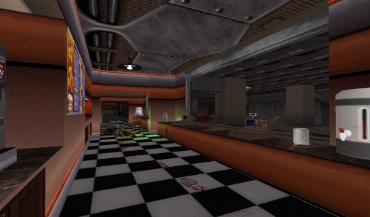