A small urban map with a street and plaza section, a bar and restaurant, and an office building. It's pretty small and very plain looking.
While there's some trimwork and flat wall decorations, the detailing and furnishings are pretty simple and minimal. With only a few sounds used and an almost complete lack of shading there's very little in the way of ambiance.
The layout is pretty much open so the player can wander where they want. Most of the level is unnecessary to explore since all the player has to do is find the key and leave, and it's unfortunate that the best part of the level is the sewers and it's easily skipped over.

Game play is finding a key and leaving.
It takes little effort to cruise through this map due to it's length and the ease of access to the lock and key. The only saving grace is the enemies are well placed and the map has a decent balance to it; even if half the level can be skipped. 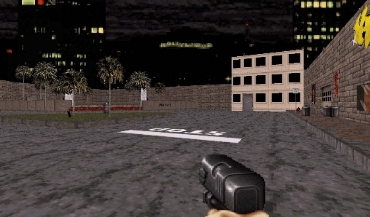 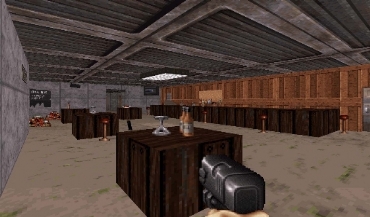 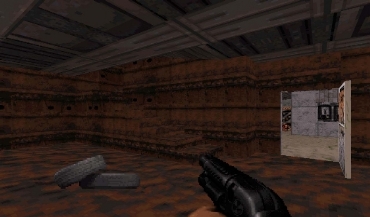 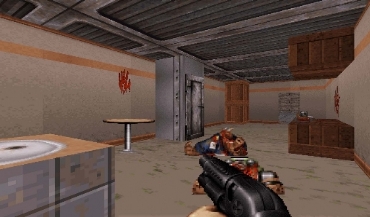 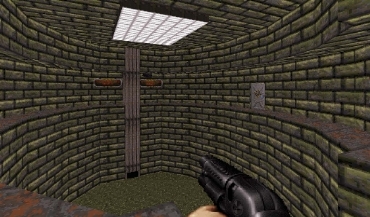 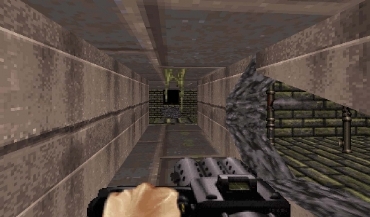