A castle styled map.
Small rooms, corridors, and a moat is all there is to this level. Construction is about as simple as it can get; everything is squared off, there is no trimming, no wall shading, almost nothing resembling detailing, and minimal sector shading. Texturing is just slapped on so the player can tell one room or hallway from the next.
The experience is like walking around inside a bunch of cardboard boxes taped together.

Game play is a key card hunt.
If it wasn't for the linear path implemented in this level, one would think it's a dukematch map with an exit button added in at the last moment.
There are several aliens, but they don't stand a chance. There is so much ammunition and health accompanied by pretty much every weapon in the game, the enemy count could be tripled and still hardly put up a challenge. 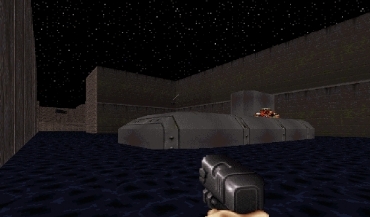 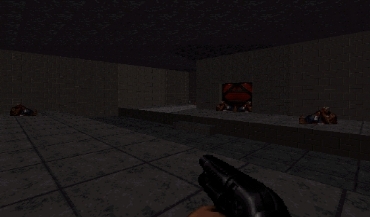 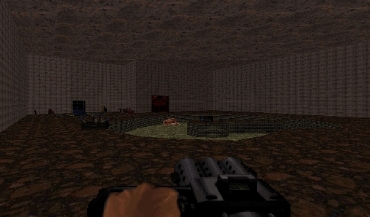 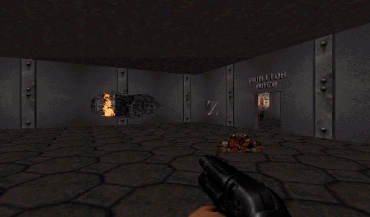 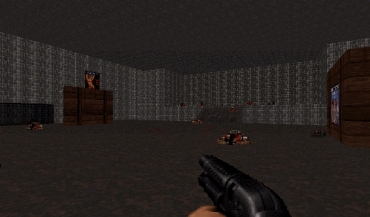 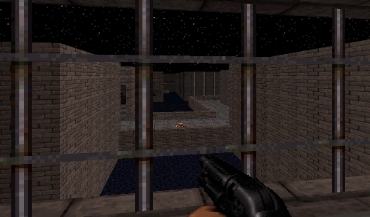