An urban environment.
It has an office, a pool, a hotel lobby, a few apartments, and an outdoor plaza dominated by a large body of water. Overall it's very plain and under detailed, boxy and squarish, and has almost no shading.
The layout is more or less hub like with a few rooms and the area outside the hotel open for exploring. Once inside the hotel it's mostly a couple hallways, a couple elevators, and a few small rooms.

Game play is keys. Kinda. Well at least one key. After using the first key the player is given the option to use the jetpack to fly up to the window in the room holding the exit, or they can wander around inside the hotel looking for the red card to unlock the room from the inside. There are other open windows as well so the player can also bypass the blue lock if they wish and then explore the hotel interior that way if they so choose.
Combat is pretty straight forward and predictable; each room holds up to four aliens, so open the door and blast away. 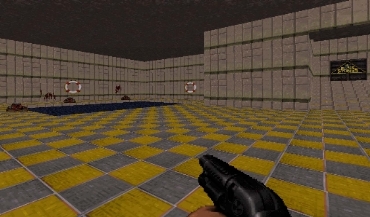 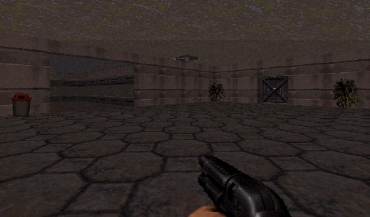 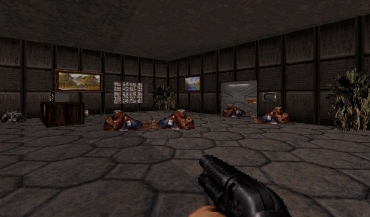 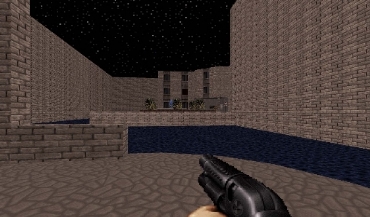 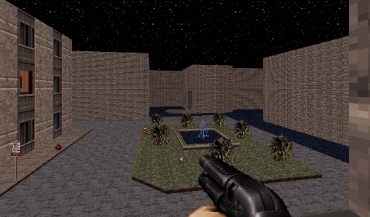 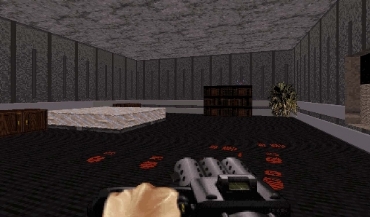