The level only consists of a couple rooms, your daily share of aliens to wipe out of the surface of this oh-so-evolved planet, and a few illogical switch puzzles (one of which can be pretty hard to spot at first if you aren't paying attention).
While the design itself is pretty good (recycling the colored texture combinations that are notoriously found in Taivo's work), the layout still doesn't make much sense and the mood, which could have benefitted from the update, is still a bit down, mainly due to the complete absence of ambient sounds or overall interactivity.
So basically, for around 10 minutes you just walk into random rooms, locate keys and switches, move on to the next one expecting monster respawns that don't happen, until you find the last key to unlock the entrance door and go battle it out in the courtyard with a few tanks and a battlelord mindlessly obsessed with the idea of getting desperately stuck behind a pal 7'd sprite fence.

A classic, decent-looking level from Taivo, with a dull mood and an absence of cohesion, making it more of a side project thing than another grand map that would be on par with Dark Place 4 & 5 or even Dogville / Just Another Christmas / City Full of Alien Scum. Still offers a few okay firefights.
If you are all into the pixelated boobs theme and these weird geeky fantasies I would still highly recommend Babes Reloaded (by the same author) over this one.
Score: 75 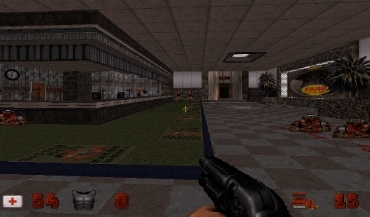 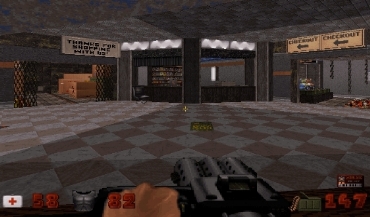 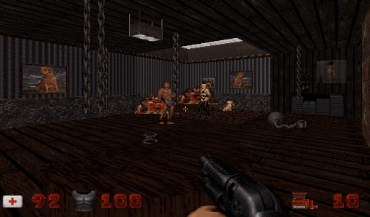 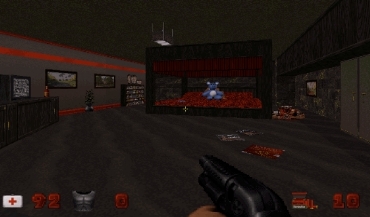 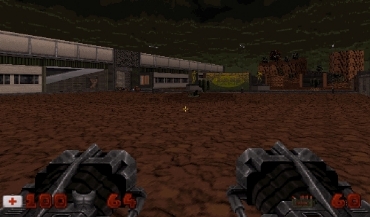 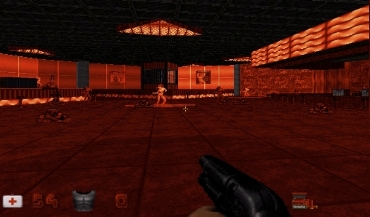