It appears to be and EDF styled orbital station that's half in space and half buried inside a small asteroid. In some parts the player is looking into an empty void with maybe another portion of the station visible, other locations the player is climbing though rock, and in even another section there's rock and lava, but metal is visible behind cracks in some of the walls showing that its actually an artificial environment.
Aside from the possible habitat inconsistancies, it is a pretty good atmosphere with lots of sector and lighting effects, sounds, and a fair amount of detailing.
Gameplay consists of switches, key cards, and a few other puzzles that involve a shrinker and a pipebomb. Basically though, the player is moving down multiple braches of corridors and clearing out aliens.
To successfully get from section to section, either unlock a door, or activate a movable section of corridor in order to complete a pathway.
The start can be a little difficult as ammo and healing items are pretty stingy, but it picks up later, especially as the player's arsenal grows. 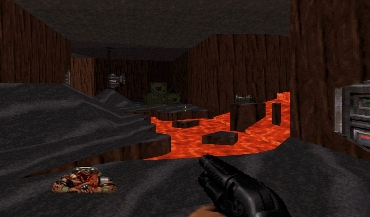 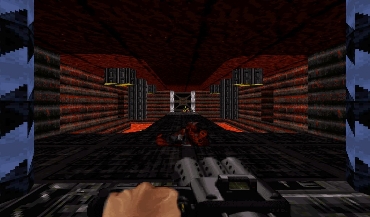 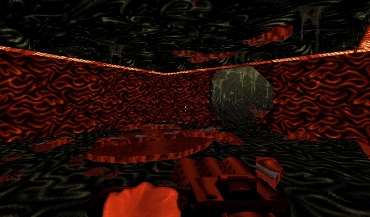 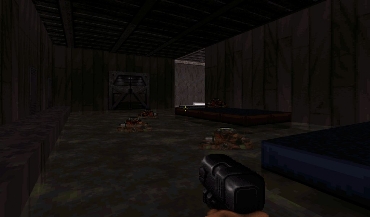 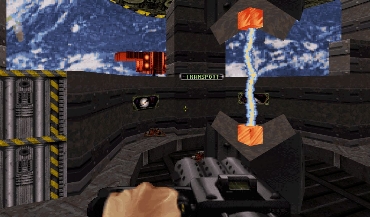 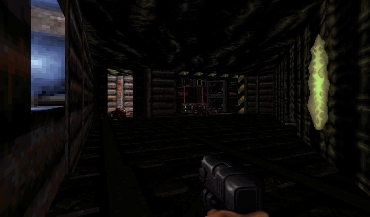