There's new art and new sounds as well as new chaingun. The aliens are the standard type, but have their strengths and the amount of damage dealt out adjusted. Duke's weapon damage and amount of ammunition carried are also slightly adjusted.

The episode starts in an apartment and the player must escape through vents.
There are no weapons, a few enemies, and enough health to get you through. Moving from the vents onto the roof tops Duke must explore another series of vents to get down into the building. This can be a little confusing as all the vents look alike and the view screens really don't help much. Save often because the vents can be buggy and squish you.
Once you get inside the hotel you'll spend most of your time walking up and down hallways until you can escape to the lower floor. The few rooms available can be cramped, but nothing too bad. The annoyance of this level is continuous the spawns behind you. Grow eyes on the back of your head.
Again the lack of view screens at certain times can leave you wondering what unlocked.
Once on the main floor some of the rooms are still a bit cramped, hindering movement, until the street area can be reached. From there you enter a nice looking club with a pretty serious fire fight. Moving back out into the street the player is confronted with a series of barricades loaded down with fairly stout resistance. Pretty much a massive battle from start to finish.
For some reason the game veers from urban environments to some sort of extra-dimensional cube world. There are no weapons, but quite a few atomic health. These are needed as you try to solve puzzles and navigate mazes while the whole time octabrains are trying to eat your face.
The episode culminates in a major battle, at the last stage of the cube world, with some large mechanized battle droid.

Most of the maps are short to medium in length.
The first three levels are pretty basic in their design and layout. The shading is weak, the architecture blocky, there's very minimal detailing, and alot of textures are misaligned.
The 4th and 5th levels are definitely of higher quality. The cube levels are interesting, but not extraordinary. The detailing art is underused and the same redundant catch phrase when a weapon is picked up can get a bit nervy.
With the exception of the puzzle map, this series is all about combat, and there's plenty of it. While the enemy presence is quite strong, there are more than enough supplies and pieces of artillery in Duke's gun collection to handle it all. 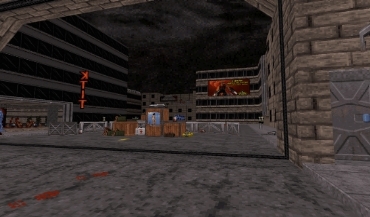 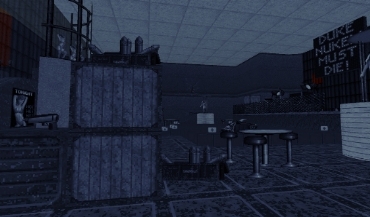 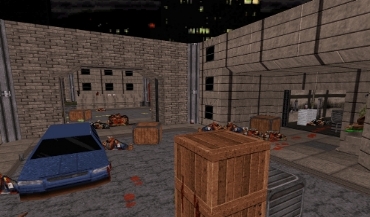 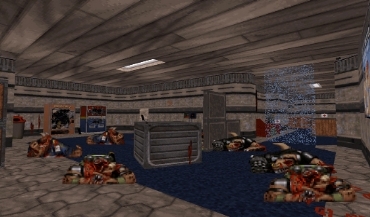 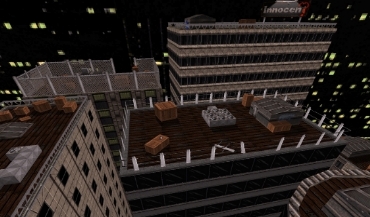 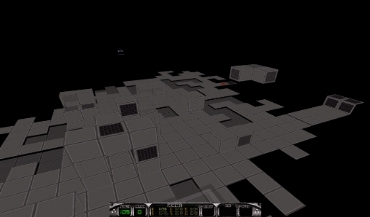